Over 40 of Samoa’s Tactical Operations Squad (TOS) set out on an early morning operation that targetted  notorious escaped prisoner Pati Chong Nee and others, wanted in connection with threatening police and aiding an escapee.

Police Commissioner Su’a Fuiavailiili Egon Keil said they arrested one man, Siueva Sa’i Lupe Ta’ala of Tapatapao and Laloanea, suspected of harbouring Chong Nee who has been on the run since January last year.

Chong Nee was last seen on camera during an invasion robbery of the One-On-One shop at Vailoa in the early hours of Thursday 21st February where the business owner was attacked with a machete and ST$60,000 tala was stolen.

The Samoa Police Commissioner warned the men, one of whom is a nephew of notorious double-murderer Tagaloasa Filipaina, to turn themselves in.

“Turn yourselves in, because what you did yesterday was unacceptable. To threaten police with gun shots is unacceptable. We will not put up with that kind of attitude.”

Samoa Police recovered five firearms, most of them loaded with ammunition during the raid. 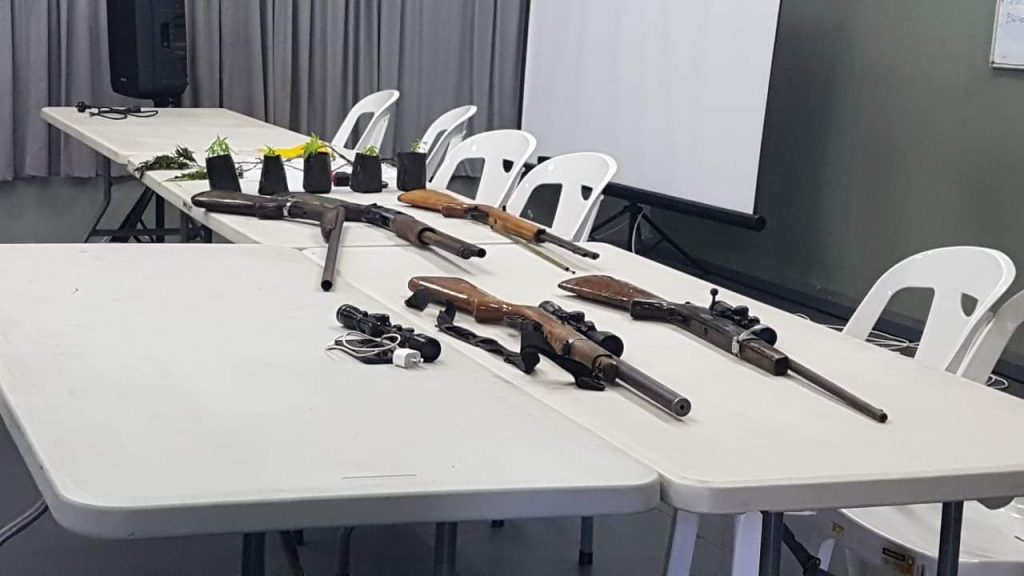 “These are all functional weapons here. Most of these were man-loaded; so it was very dangerous;

“Today was not about marijuana or narcotics,” said the Police Commissioner.

“We just wanted Pati Chong Nee, the escaped prisoner and we wanted the guy who threatened the officers yesterday”.

The Police Commissioner said after arresting Siueva they then went to the home of Sene Asomaliu, but could not find him there.

“There was noone there, so we switched and went to Faleatiu, ae leai foi seisi”.

Su’a said on the way back, they did run into the parents of Asomaliu at Faleatiu. They stopped and warned them to advise their son to turn himself in.

“We explained to his parents that this guy needs to turn himself in, ke’i ua lavea.”

Sene Asomaliu and Lamo Sanele are also wanted for robbery and assault.

“They took money, cell phones, computers, and also assaulted the owner of the property.” 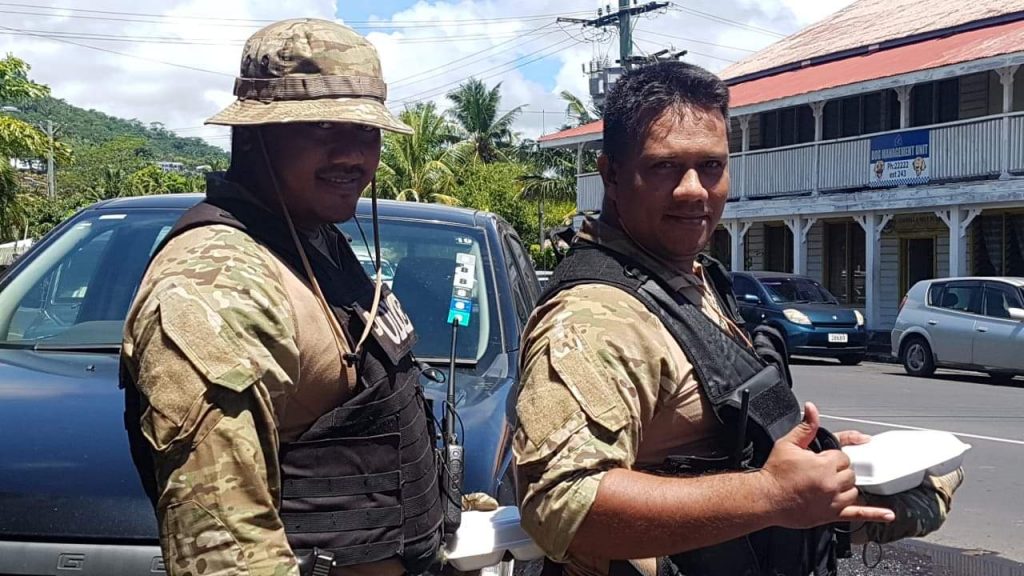 “We were there, waiting, willing to do whatever to bring him back.”

Commissioner Keil said he was relieved that none of his team were injured during today’s operation. 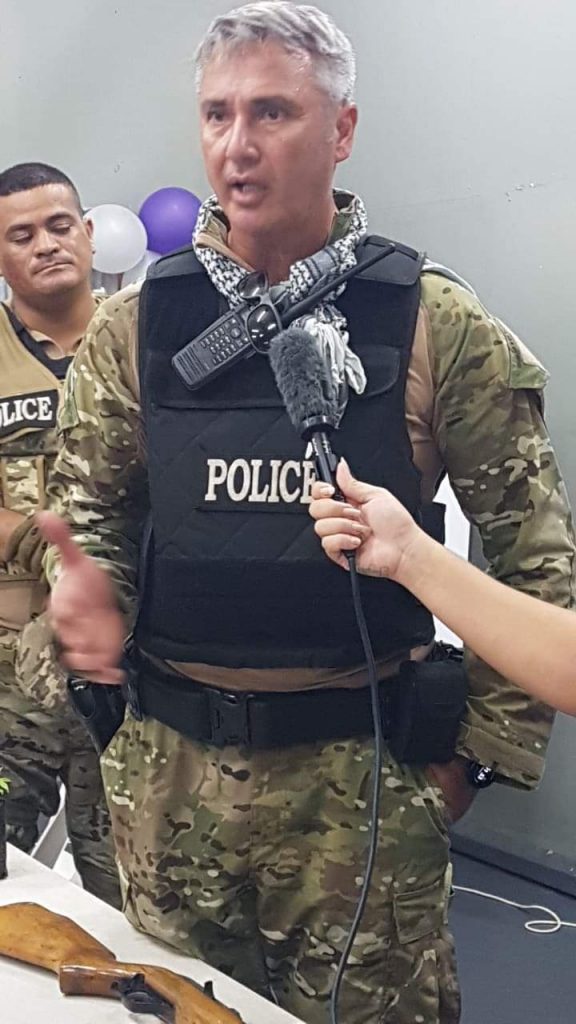 The Samoa Police SService have recently been given the Prisons and Corrections, and are responsible for enforcing the COVID-19 State of Emergency orders. Su’a says they are also responding to 911 calls for matters such as domestic violence, however, TOS operations also cannot wait.

“Police work does not stop, we cannot rest when someone does something like this.”

Referring to the suspects threatening police with gunshots, Su’a says the safety of Samoa cannot be maintained if the highest level of respect is not afforded to police officers.

“We will do whatever it takes to keep Samoa safe and we are multi-tasking and working from so many arenas.”