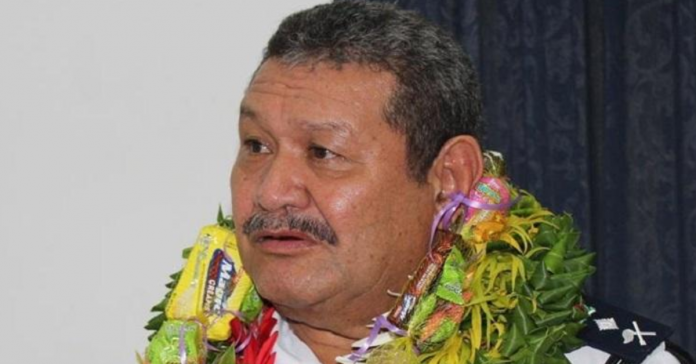 Cabinet has suspended the Commissioner of Prisons and Correctional Services, Taitosaua Edward Winterstein over the latest jail breakout, this time from the new Tanumalala prison.

Notorious prison escapees Lauitiiti Tualima and Aniseko Vaelei have both escaped from the Tafaigata prison in the past. Living up to their reputations, they are now the first to escape from the newly opened Tanumalala prison despite both men being “maximum security prisoners”.

Speaking to Samoa Global News, a policeman from one of the patrol vehicles working through the night in the Ululoloa area said that they cannot fathom how the two men could escape.

“These two are both maximum security prisoners and the cells that they are being held in at Tanumalala are well secured with high walls”.

“We just cannot understand how they are able to get out.”

Speaking at his weekly program with Talamua online media Tuilaepa explained how the prisoners escaped and stressed that the new facility at Tanumalala should not be blamed.

“The reason why the prisoners escaped is because the officer who was on duty opened the door to the cell where the two prisoners were locked,” Tuilaepa told Talamua.

The Minister for Prisons & Correctional Services, Tialavea Leniu Tionisio Hunt has confirmed that the terminated prison officer as Usipani Simi.

According to the Prime Minister an investigation “which should not take longer than a week” has been launched into exactly what had happened last Sunday morning.

Although the Prime Minister said the decision about the suspended Commissioner would be made after the investigation is complete, he pre-emted the fate of Taitosaua.

“The government is not taking these matters lightly. The good thing is, whatever the final outcome of the investigation, a new Commissioner will be more vigilant in his or her job”

In the meatime the escaped prisoners were chased down at 10.45pm last night by police patrol cars in the Ululoloa are and the Samoa Police Service warns residents to stay alert and vigilent.

The separation of Prisons from the Samoa Police took place over six years ago on the 1st of July 2013.

The project was overseen by the Prisons Review Taskforce, established by the Sector Steering Committee in November 2010, chaired by the then Commissioner of Police. The long term

The reasoning behind the separation according to Government at the time, was to place more emphasis on rehabilitation.

“This separation reflects a paradigm shift from containment to corrections, whereby prisoners will be rehabilitated for integration into society when they have completed their sentences”, said a government press release at the time.

“Addressing corrections separately from police matters will impact positively on rehabilitation and the reduction of re-offending which will enhance community safety”.

“The implementation of these changes will improve prison administration in Samoa, ensuring that it complies with international obligations under applicable human rights conventions to which Samoa is a party, to the extent that it does not conflict with Samoan culture, customs and traditions”.