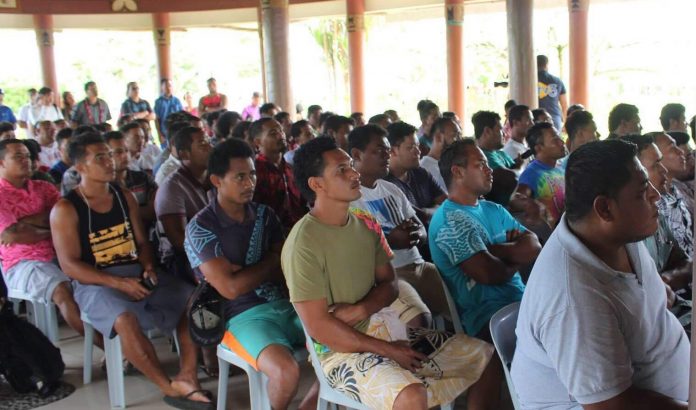 A total of 682 Seasonal workers from Samoa are scheduled to leave Samoa for Australia under the Recognised Seasonal Employees (RSE) Scheme.

Chief Executive Officer for the Ministry of Prime Minister and Cabinet, Agafili Tomaimano Shem Leo confirmed that the first chartered flight is scheduled to take 216 Samoan seasonal workers to Australia on the 3rd June 2021.

The second chartered flight would be taking 144 RSE workers to be based in Victoria, Tasmania on the 5th of June.

The other two flights is planned to take another 300 seasonal workers for contracts in Victoria and Queensland, on the 15th and 18th of June 2021.

Agafili says most of these workers would be spending three years in Australia under the seasonal workers’ programme.

During the farewel for the last batch of RSE workers, Prime Minister Tuilaepa Sailele Malielegaoi reminded them of the importance of usinh the opportunity wisely.

“I want you to remember, your attitude determines your success. I understand that some of you are young and this good advice I am giving you right now,”..

Seasonal Work Schemes are win-win intergovernmental agreements; to alleviate labour shortages in New Zealand and Australia’s horticulture and viticulture industries, while providing job opportunities for Pacific Islanders benefiting thousands of families each year across the Pacific, including Samoa.