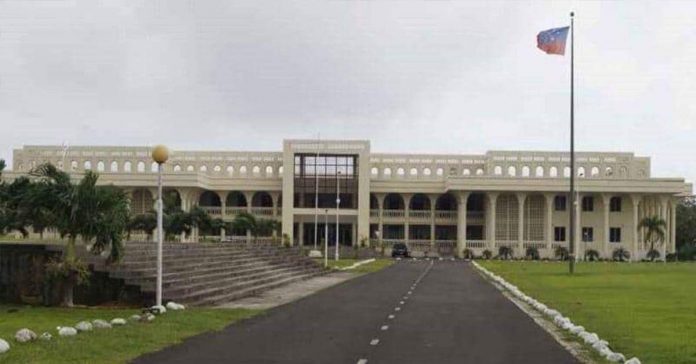 Richard and David Burgess pleaded not guilty to the charges against them last year and the matter was set for hearing on Monday last week.

However, according to prosecutor Leone Su’a-Mailo the matter fell off the court list hence why it was brought before the criminal mention on Monday to set a new hearing date.

But when the matter was called, the defendants as well as their lawyer Theresa Momoisea did not appear.

Prosecution made an application to Chief Justice, Sapolu to issue a warrant of arrest for both defendants.

The Chief Justice granted the application and issued a warrant of arrest for the non-appearance of the two accused.

In August last year two men beat up David Main outside of McDonalds and left his body outside of the old Chan Mow Building.

They took off in his vehicle dumping it at Vaitele where police later found it, however his personal belonging were removed including a Lenovo tablet and an Oppo android phone.

Mr. Main publicly stated that he has been residing in Samoa for more than 20 years and had never experienced or encountered such a problem before.

“Samoa is a very nice place to be so I have just taken it as two bad apples in the community,” Mr Main had said at the time.