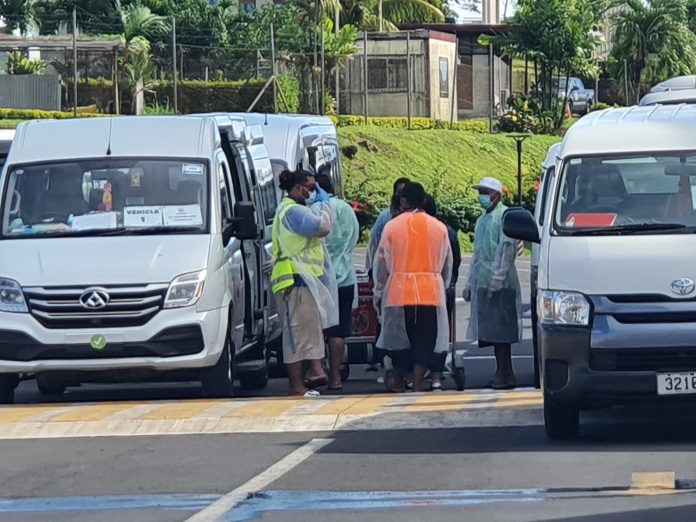 04 August 2020 Apia Samoa. Police have confirmed that a pastor who defied security guards and forcibly entered the place where his wife was being self-isolated, has been fined $2,000 tala.

The Officer in charge of Samoa’s Criminal Investigation Division (CID) Auapaau Logoitino Filipo told Samoa Global News that police had responded to a call from the security firm to report that the Pastor had insisted on going inside the house where his wife had been granted special permission to self-isolate.

According to Auapaau, the pastor’s wife returned to Samoa on one of the repatriation flights from New Zealand, and had been granted permission to be isolated in her own home.

As an alternative option, Samoa’s SOE Orders allows returning residents to be quarantined “at the passenger(s) home as approved by the Director General of Heath upon prescribed conditions determined by him or her for approval for self-isolation quarantine”.

Conditions of self-isolation at ones own home includes a home with a fence, sufficiently distanced from neighbors, and pre-stocked with supplies by family members. There must also be no other residents living inside the home, besides the returning passenger(s).

The Ministry of Health had granted this self-isolation special permission to the pastor’s wife, however, Police say that the pastor ignored the security guard placed outside the isolation area, and forcibly entered the home where his wife was quarantined.

Auapaau said that when Health officials arrived they told the couple that they needed to be taken to Faleolo for the remainder of their quarantine period. This has been the standard procedure imposed by Health authorities on all who had breached quarantine rules.

According to Auapaau, the couple refused to be taken to Faleolo, and begged Dr Robert Thompson to let them self-isolate, together, at their own home.

Police say the Pastor and his wife continue to be self-isolated on their property, despite national protocols in place requiring citizens who break quarantine rules to be taken to the Faleolo centre.