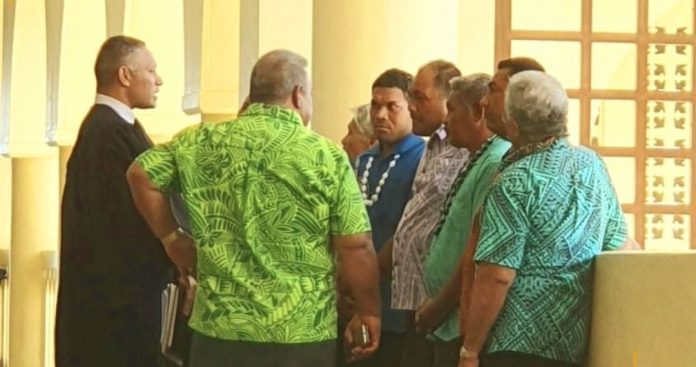 Four matai and one untitled man from Matautu, Falelatai were handed fines of $500 tala each by the District Court this morning for assaulting two untitled men from the same village.

In handing down the sentence Judge Leota asked the defendants if they attended church. They each responded with three of them revealing they were deacons of the EFKS Matatu Falelatai. Two men said they were members of the same church.

Judge Leota reminded the defendants that as men of the Church, they should act as such.

Nanai Sila Amate told Judge Leota they were remorseful and were too quick to resort to anger.

Judge Leota clarified that Nanai Sila Amate has been granted a discharge without conviction for being a first offender. He added that all five defendants had entered early guilty pleas and received positive probationary reportes. The defendants also submitted good character references from Lupematasila Faamanu.

More and more village matai in Samoa are being brought before the Courts in relation to actions following internal village disputes.