Saturday 10 July 2021, Apia Samoa. Chief Justice Satiu Simativa Perese has called a meeting of the Judicial Service Commission (JSC) for next Tuesday following a formal complaint by the Human Rights Protection Party that questions the integrity of Supreme Court judges and  claims the Judiciary are on a mission to ‘oust’ HRPP from being in government.

As widely publicised this week, the letter is signed by the secretary of HRPP and former Associate Minister Lealailepule Rimoni Aiafi, and addressed to the Registrar of the Supreme Court Ms Moliei Vaai, as the secretary of the Commission.

Formed under Section 79 of Samoa’s Constitution, the JSC is Chaired by the CJ as the Head of the Courts. Amongst its duties, the Commission is charged with making recommendations to the Head of State on all matters pertaining to the running of the Courts, including the selection, suspension and removal of judges.

It requires a quorum of three to meet and its other members are the Attorney General, the Ombudsman, a community member who is currently Letaa Dan Devoe and a former Judge, currently taken up by Tuiloma Neroni Slade.

Since the complaint letter was made public, many in the community have stepped forward to show their support of the Judiciary with a message of “I stand with the Judiciary of Samoa”.

Senior members of the Samoa legal fraternity say a Chief Justice “should not be suspended over a complaint from an aggrieved political party, where there is otherwise no serious misconduct bar making decisions that the loosing party disagrees with”.

“The JSC should not be meeting without his presence, even if they have a quorum and he must be allowed to reply before any recommendations are made”.

“Suspensions of any kind of the Judiciary would confirm what is already a deep constitutional crisis in Samoa, where the Judiciary is being disregarded. Some form of international intervention should be encouraged to cease the damage that is being afflicted”.

Amended Article 79 of the Constitution

79. Judicial Service Commission:
(1) There shall be a Judicial Service Commission consisting of:
(a) Chief Justice, as Chairman;
(b) Attorney General of the government;
(c) members of the public appointed by the Minister for Justice;
(d) Ombudsman;
(e) a retired Judge of the Supreme Court appointed by the Head of State, acting on the advice from Cabinet and consultations with the Chief Justice; and
(f) the Registrar of the Supreme Court as the secretary of the Commission who shall have no voting rights.

(2) No business shall be transacted by the Judicial Service Commission unless any three (3) members appointed under clause (1)(a)-(e) are present, and all questions proposed for decision by the Commission shall be decided by a majority of the votes of those members.

(3) A meeting of the Judicial Service Commission may be called by three (3)
members except the Registrar.

(5) The Head of State, acting on the advice of the Prime Minister may at any time when the Legislative Assembly is not meeting suspend the Chief Justice from his or her
office and such suspension shall continue in force until the end of the next ensuing session and no longer.

(6) The Chief Justice shall not be removed from office, except by the Head of State on
an address of the Legislative Assembly carried by not less than two-thirds of the total number of Members of Parliament (including vacancies), praying for his or
her removal from office on the grounds of ‘stated misbehaviour’ or infirmity of mind or physical and mental disability or
as prescribed by Act. 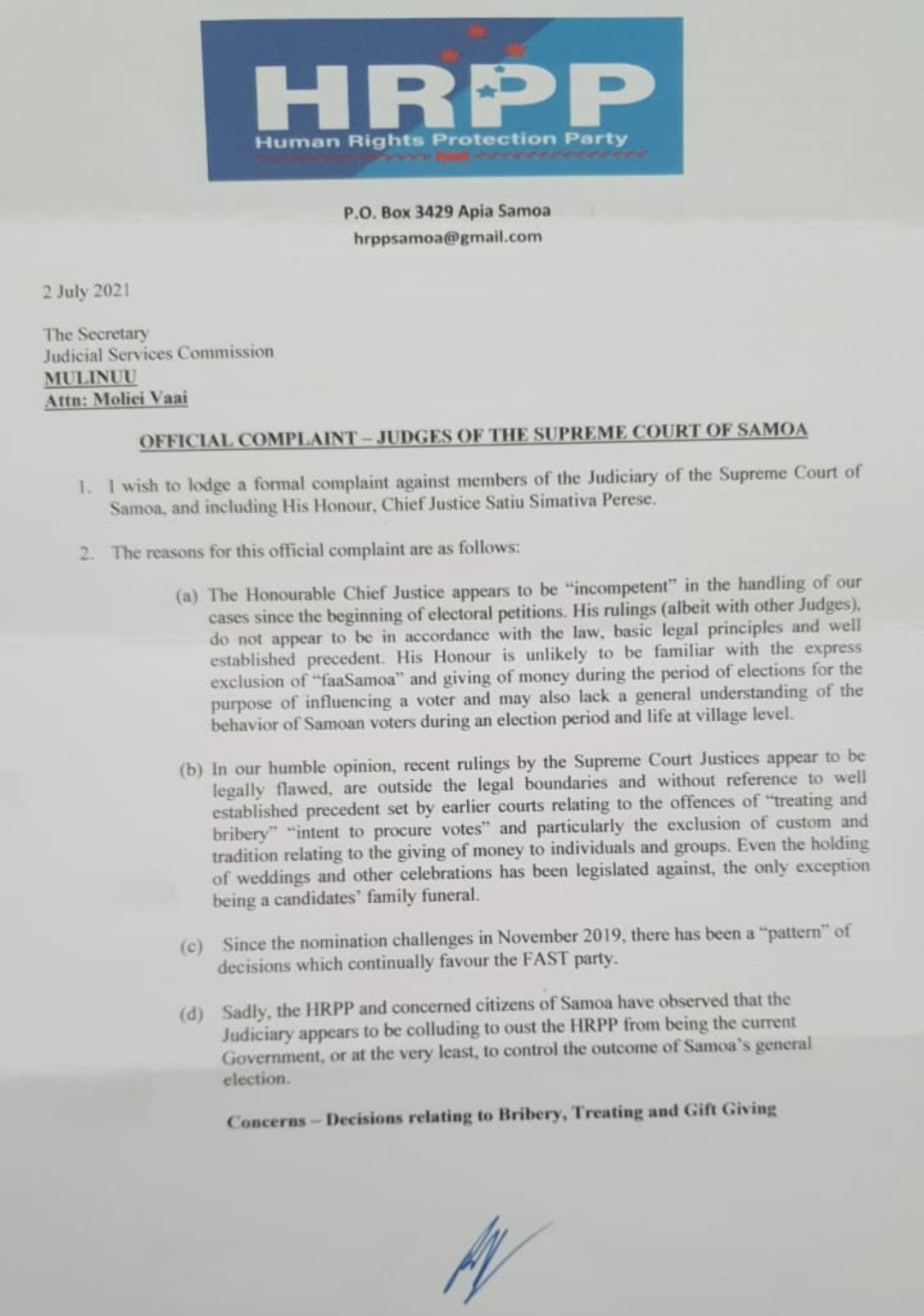 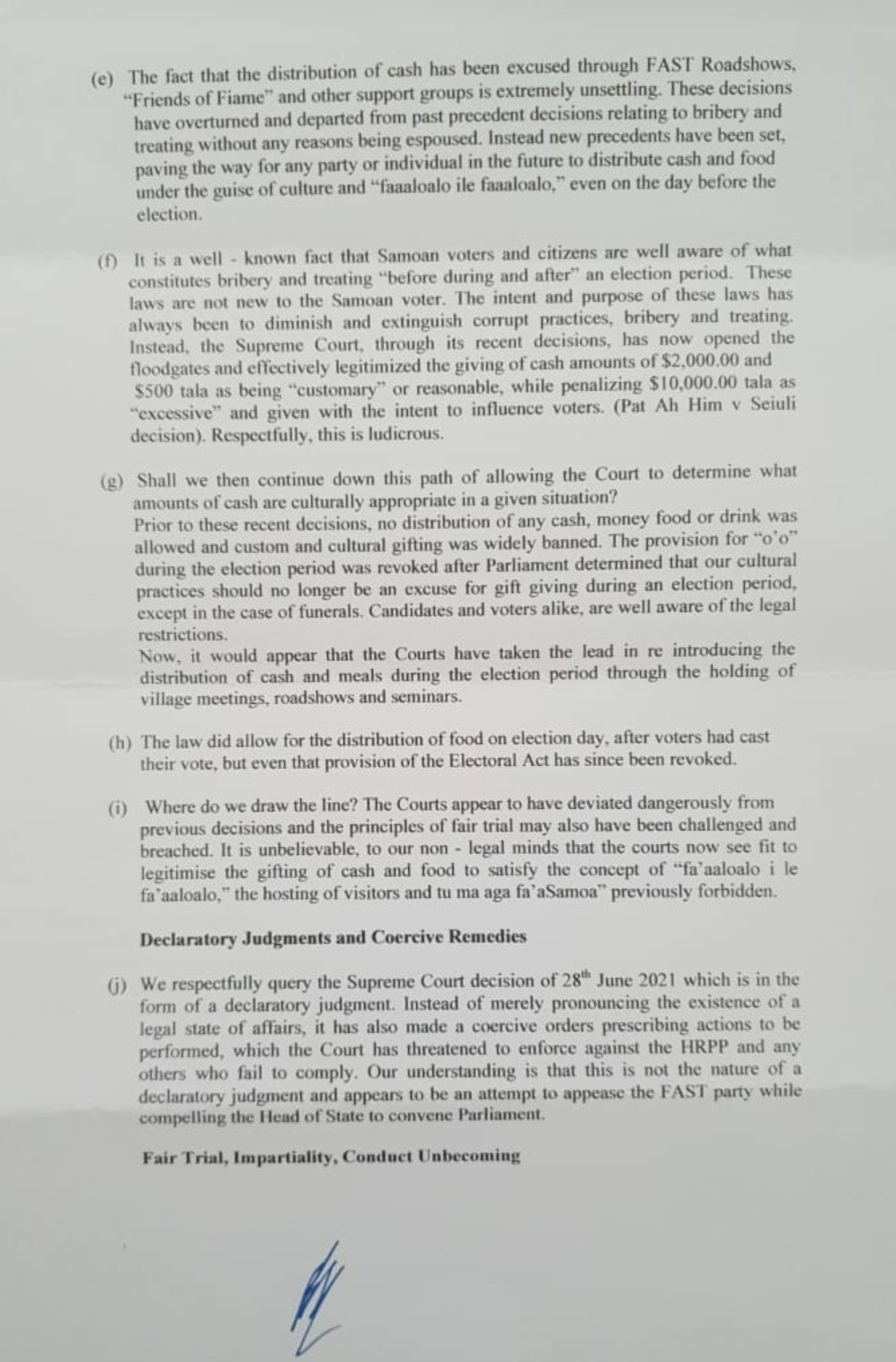 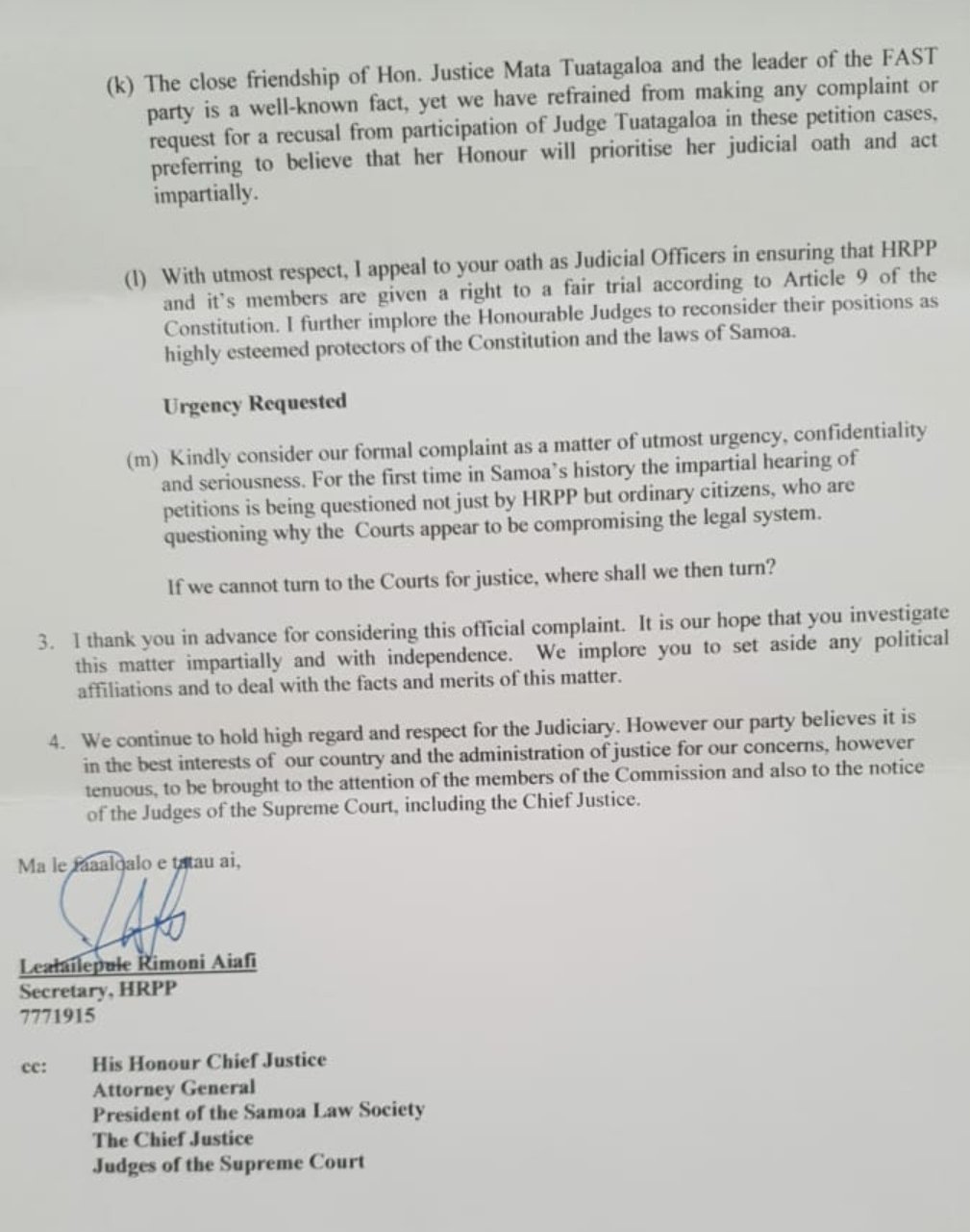