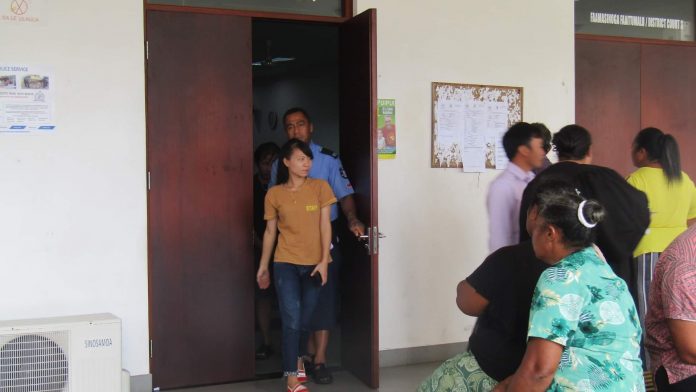 A Vietnam woman caught at Faleolo International Airport with illegal drugs estimated to be worth $400,000 tala pleaded guilty to two charges of bribery in Court today.

The 24 year old travelled from Vietnam and managed to slip through transit ports in Singapore and Fiji in July this year. She was on route to American Samoa when the illegal drugs, reportedly in the form of medical pills was found in her possession by Samoa customs officers.

Yesterday the Court heard a bail variation application filed by her lawyer to allow the defendant to leave jurisdiction.

This application was withdrawn today but defense lawyer Alex Su’a did request an an order from the Court to release items belonging to Ann Tran Thi including her phone which is being withheld by police.

This matter is now transferred to the District court for mention at 10 am tomorrow to set the sentencing date.