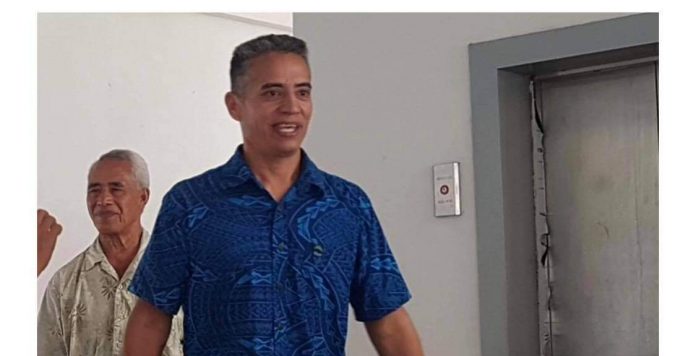 The man who was arrested and charged with incitement against a government vaccination order during the nation-wide measles vaccination drive in December last year; has had all charges against him dismissed.

The allegation was that anti vaxxer and traditional healer, Mr Edwin Tamasese publicly stated on Facebook with reference to the government’s vaccination drive: “I’ll be here to mop up your mess. Enjoy your killing spree.”

Judge Alalatoa Rosella Papalii-Schwartz dismissed the charge of undermining the authority of the Government of Samoa – brought against Edwin Tamasese, quoting insufficient evidence.

In handling down her decision, Judge Alalatoa said the prosecution were not able to provide sufficient evidence to prove the charge made against Mr Tamasese.

She said documents showing screen shots of the alleged post were presented in Court on the day of the hearing, however, Prosecution could not provide the people who actually took the screen shots, to testify.

Judge Alalatoa said Lani Wendt and Efo Moalele of the Samoa Police CID division did not testify for Prosecution.

Judge Alalatoa said she was not satisfied that the four witnesses called by Prosecution provided enough evidence to prove the charge against Mr Tamasese.

Judge Alalatoa then offered advice to Prosecution and Police to ensure better preparation and approach to such cases in the future.

“This is a call for Prosecution and also to Police to look into cyber-bullying matters seriously and to provide sufficient evidence for such a charge,” Judge Alalatoa said.

“Prosecution should have brought a different charge for Mr Tamasese such as the charge of uttering insulting words…”, she said.

Speaking to the media outside Court, Mr Tamasese says he is relieved that the year-long ordeal is finally over.

“It’s a relief. At the end of the day I’m just glad that we’ve helped the kids, and I still believe that we had a bad batch of vaccine from India, and we also had evidence that a few kids were affected with measles and the rest was something else”, said Tamasese.

He added that what he tried to do last year was to inform the people of Samoa of the right treatment for babies affected by measles.

Over 100 people mostly babies and toddlers under 3 years old, died of the Samoa measles epidemic that shattered the hearts of parents across Samoa this time last year.

Edwin Tamasese was sought by desperate parents during the measles epidemic, and successfully treated many babies back to recovery with Vitamin C and keeping them hydrated.

The last baby reported by SGN to have died in January 2020 was turned away from Motootua hospital four times before being admitted.