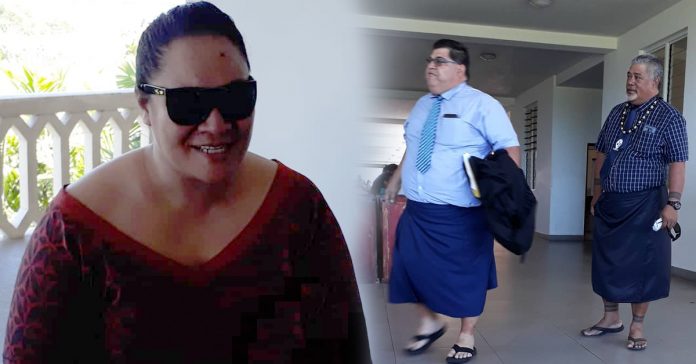 18 of the 24 charges against LTA Savaii ACEO Mataafa Sepelini were dismissed along with all 6 charges faced by LTA Legal Manager, Anoanoa’i Pepe Lafai.

Both defendants were suspended and later charged in relation to altering the vehicle year for certain vehicles on the LTA computer system called ‘RTAS’- Road Transport Administration System.

In delivering her decision, Justice Tuatagaloa said the police had failed to prove the charges beyond reasonable doubt for Anoanoa’i as well as those which were dismissed for Mataafa.

“The following charges have not been proven beyond reasonable doubt against the defendant, Mata’afa Sepelini and are dismissed:

Mataafa now faces 6 remaining charges being, “Two charges of altering with intent to deceive, and all four charges of using altered documents,”

In relation to the defendant, Anoanoa’i Pepe, Justice Tuatagaloa said the prosecution has failed to prove any of the charges beyond reasonable doubt.

“Therefore all charges against Anoanoa’i Pepe are dismissed.”

Outside Court an emotional Anoanoa’i told the media that she was grateful to her lawyer Patrick Fepuleai, and to her husband, parents and children for their patience and support throughout the ordeal.

“I’m emotional, but happy,” she said.

“I’m a bit overwhelmed at the moment, it was the verdict that I was expecting but it’s just the anxiety of all”