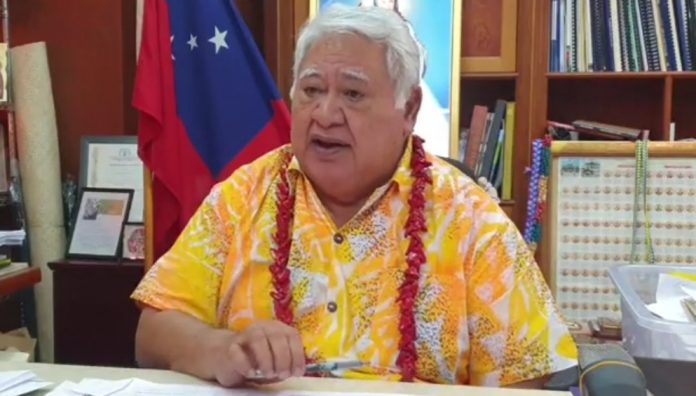 Tuesday 22 June 2021, Apia Samoa. Certain criteria for the selection of seasonal workers do not provide a fair and equitable distribution amongst the population of Samoa and the issues identified will need to be raised at the government-to-government level with Australia and New Zealand.

This is according to caretaker Prime Minister Tuilaepa Dr Sailele Malielegaoi in an interview with media this afternoon.

Tuilaepa raised three areas that he says, needed to be changed in order to make the selection process more fair and suitable for Samoa.

The first is the preference of overseas employers to have workers with experience returning, as it saves them from having to re-train those who are new.

“That may be good for business but it is not good for Samoa,” said the caretaker Prime Minister.

“It means one family is benefiting from their people going time and time again, while the family right next door are still waiting for an opportunity,” he said.

“That also goes for villages and districts who have had opportunities to go repeatedly (on seasonal work programmes) while other districts of Samoa are still waiting,” said Tuilaepa who added that the final list for each intake should also be brought to the caretaker Cabinet for endorsement.

The second issue the caretaker Prime Minister said needed to be addressed was the fact that some successful applicants are those with full time jobs.

“Theyre already employed.. and those opportunities should be given to people in rural areas who cannot find full time work,” said Tuilaepa.

Finally, says Tuileapa, there are cases where married couples have both travelled overseas at the same time, leaving their children behind.

Tuilaepa says this practice also had to stop. “Not only is it unfair for distribution, but it is also not good to leave children without both parents”.

The assessment was made by the caretaker Cabinet in a meeting held with MCIL officials following yesterday’s incident at the EFKS youth hall. A call for new registrations had to be abandoned after thousands of hopeful candidates flooded the EFKS youth hall, creating a mob that could not be controlled by police.

Tuilaepa apologised to Samoa for the incident and to those still waiting for seasonal work opportunities and said the process will be revamped and improved.

“I will be taking these issues up personally with the leaders of Samoa’s seasonal employment schemes, and talk about these things at that level,” he said.