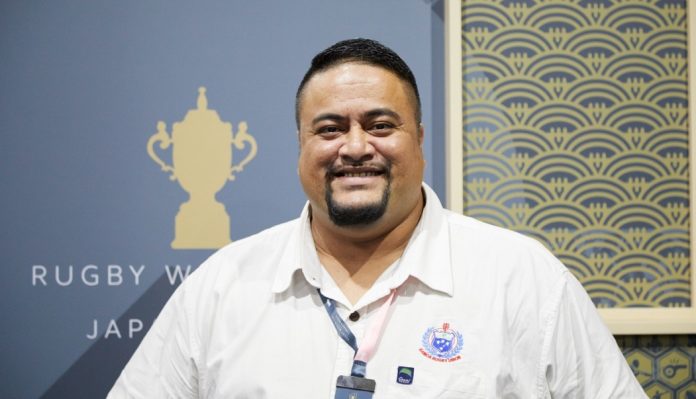 “His appointment was confirmed by Samoa Rugby Union Board at its meeting of 12th May 2020.”

Seumanu is the Chairman of both the Faasaleleaga Rugby Provincial Union and the Vikings Franchise from the Big Island of Savaii.

Seumanu has extensive experience in rugby development, and over the past 15 years, has held various administrative roles in the management of teams and the administration of clubs and franchises. He also pulled on the blue jersey for Samoa as an Under 20s national rep, but his playing career was cut short due to injuries and the decision to pursue senior roles in the public service.

Seumanu has been President of the Tama Uli Rugby Club in Salelologa since 2016 and the success of the club as three-time National Sevens Champions has seen a notable number of players from Savaii achieve national selection to the Samoa Sevens squad.

Through Seumanu’s leadership in grassroots rugby development from Savaii, the likes of Elisapeta Alofipo, Kerisimasi Savaiinaea, Kelvin Masoe, Uaina Sione, Sione Young Yen, Gasologa Pelenato, Paulo Toilolo, Tipa Sapeti and Pesamino Iakopo have all been able to catch the attention of national selectors. Up-and-coming prop Alofaaga Sao who debuted for Manu Samoa against Tonga last year, was also spotted from the Savaii Vikings, and originates from the village of Saasaai.

Between 2011 and 2016, Seumanu was Tournament Director for the Marist International Sevens. He reached the highest level of rugby governance with his appointment as Vice Chair of the Samoa Rugby Union last year, a position which he has stepped down from to take on the HPU role.

“Viia Le Alii i lenei tofiga. All Glory to God for this appointment. I am truly humbled and I acknowledge the trust given to me by the Chairman, President and Board of Samoa Rugby Union,” said the Salelologa farmer.

“I am both excited and ready to face the challenges that lie ahead. I look forward to working closely with the CEO and the Samoa Rugby Union family, as well as World Rugby and all our stakeholders;

“I am eager to also work with all our local coaches and managers. I know there is a lot of passion in them to see high performing national teams for Samoa”, said Seumanu.

Married to Talamatavao Vaetoeifaga Hinauri Leaupepe-Ngau Chun, he is a father of two; a 14-year old son and a 2-week old baby girl.

Seumanu comes to the role with extensive experience in governance as a former CEO for Leadership Samoa, and a current Board member of the Samoa Sports Facilities Authority.

“My short term goal is to assess current systems and processes and see how they can be improved. I hope to develop strategies to address any gaps we may have so our national teams as well as our pathway teams, are well equipped with the best possible support from the High Performance Unit.

”Rugby has evolved over the years and we have to adjust accordingly. We need to be able to support and empower our coaches and players to adapt.”

Seumanu says the major challenge in rugby HPU is meeting the professional demands of rugby as a sport. He added that developed countries and Tier-1 nations have made a lot of investment into scientific and evidence-based methods to enhance on-field performance.

“In Samoa, a nation with scarce resources, we have to try our best to use whatever means we have to cope with the demands of the professional era and be able to drive our high performance teams to find competitive advantage and dominate. The goal is to get the results our Samoan people and die-hard supporters deserve”.

CEO Faleomavaega Vincent Fepuleai congratulated Seumanu and said he looks forward to working with the HPU General Manager, towards SRU’s goals for improved national results across all representative rugby teams.

“Following the 2019 Rugby World Cup review the Board of SRU made adjustments to the HPU General Manager role, to focus more on providing high level coordination and support to coaches, managers, players, medical teams, referees and all rugby personnel that makes up a representative side,” said Faleomavaega.

The SRU CEO said there was also a need to ensure the position was filled by someone who understood the local context.

“We did receive close to 40 applications, however, when we clarified the adjustment made to the role of HPU GM, many applicants did pull out”, added Faleomavaega.