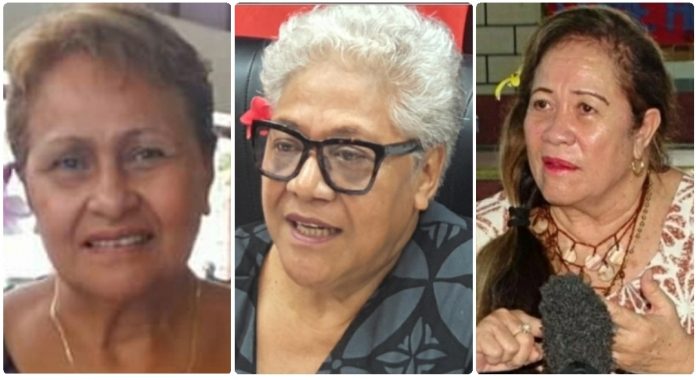 The Chairman  Public Service Commission does not support a commission of inquiry as petitioned by the Public Service Association in recent letters to the Samoa Prime Minister.

Lauano’s response letter to the Prime Minister, dated 8 October 2021 obtained by the media confirms the PSA has called for a Commission of Inquiry to ascertain whether the “forced terminations” and dismissal of some CEOs were appropriate (pe na o gatasi le faamaloloina faamalosi ma le faateaina o nisi o faauluuluga o matagaluega).

In response, the PSC Chair points out that the PSA want an inquiry into CEOs who’ve had their contracts terminated, but do not name the CEOs, nor give any details of the alleged contract breaches by the Government, as their employer.

“While not digressing from the specific issues it is important to note from the outset that the PSC did not receive a formal complaint from any of the CEOs referenced in the PSA letter dated 6 September, 2021 and the 27 August, 2021,” the PSC Chair points out.

“In fact, both letters did not name the CEOs that were alleged to have been unlawfully suspended, terminated or forced to resign..

“Therefore, it was difficult to asses the allegations as each case is to be assessed on its own merits,” states Lauano in her advice to the PM.

The Chair of PSC gives a detailed analysis of the legal framework regarding the establishment of a Commission of Inquiry.

Lauano says the PSC has the same powers to summon witnesses and receive evidence, as if it were a Commission of Inquiry, under the COI Act 1964.

“Therefore, I respectfully submit that to initiate an inquiry to investigate the allegations would be in principle contrary to Parliament’s intentions in section 31 of the Act,” reads the PSC advice.

Lauano says the issues raised by PSA are contractual in nature, and should be dealt with under  the law of contracts.

“If a CEO suspects that his/her right has been infringed upon, the proper cause of action is for the CEO to notify the employer of the breach of contract or the like. As I have already mentioned, the Commission did not receive a complaint or a notice of a breach of contract from any of the parties alleged to have been affected in this matter by the PSA”.

On the issue of PSA’s status as a registered incorporated society under the Law, Lauano advises the Prime Minister that according to registry, PSA is two years behind in filing annual returns and paying annual fees.

“The information received from the Ministry of Commerce Industry and Labor is the PSA registered in 1979..

Lauano reports that according to the CEO of MCIL, PSA had not paid overdue registration fees as at the date of her inquiry; 01st October 2021.

Lauano says her understanding of the primary purpose of PSA’s intervention, is to support a letter written and signed by public servants on the 27 August 2021 entitled – “Affected and Concerned Public Servants.”

Lauano refers to a PSA special meeting held on 4 September 2021 and highlights the grievances listed as a result of that meeting:

“Hurt and uncertainty – PSA alleged that the Government’s decision to terminate the CEO’s were political and did not follow proper process as stipulated in their contracts of employment;

“Determination to continue service – PSA demands that the Government reinstates the said CEO’s. If not, then the Government must pay the full term of contract and any other benefits/entitlements such as carry forward leave, untaken leave, and sick leave and severance payment”.

The Faatuatua i Le Atua Samoa ua Tasi took over as the new government in July 2021, breaking a 40-year dominance by the Human Rights Protection Party.

Since the take over, the services of the Legislative Clerk Tiatia Graeme Tualaulelei and Attorney General Savalenoa Mareva Betham-Annandale have been terminated.

The Ministry of Finance CEO Leasiosiofaasisina Oscar Malielegaoi was asked to tender his resignation, and the Minsitry of Women Community and Social Development CEO was released after her contract date ended. Police Commissioner Su’a Fuiavailiili Egon Keil also resigned, though his departure was a personal decision as highlighted in his issued press statement.