The Government of Samoa has officially declared the coronavirus an “infectious disease” by law giving the Director General of Health special powers to monitor protect and shield Samoa from its impacts.

A press statement issued last night confirms a declaration signed earlier this week by the Minister of Health, Faimalotoa Kika Stowers-Ah Kau “pursuant to Section 2 of the Health Ordinance 1959”. 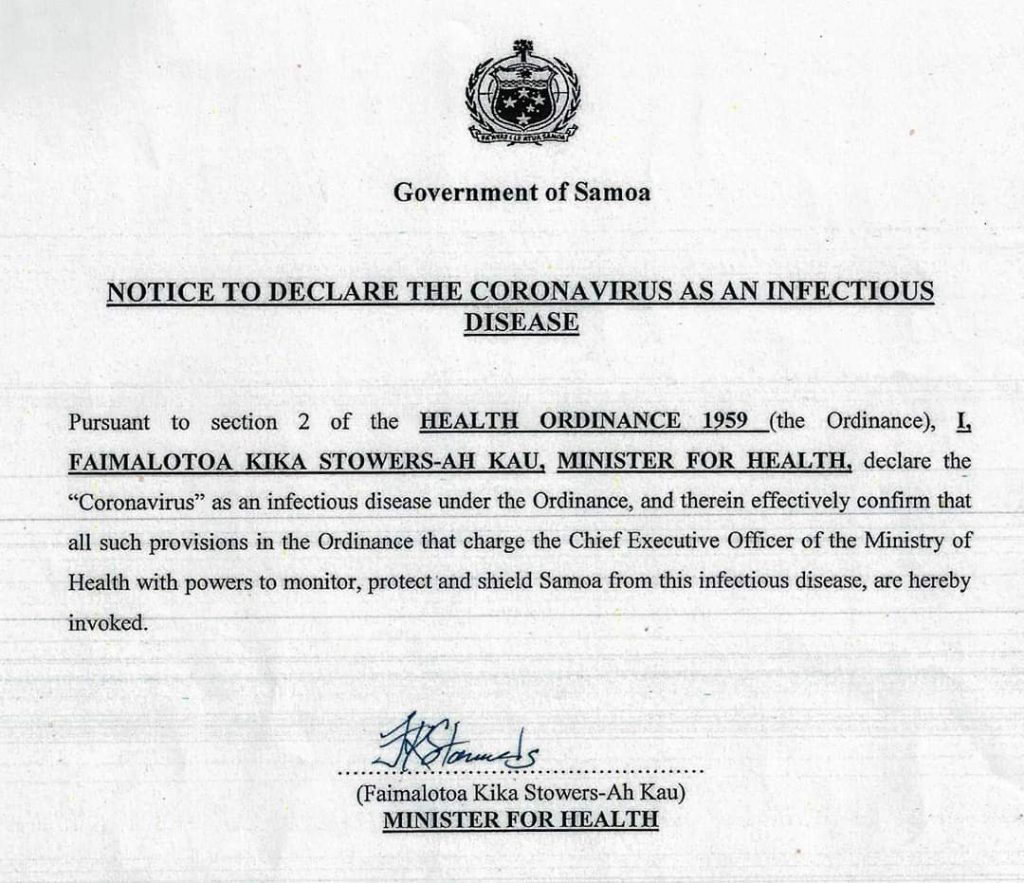 “The Declaration … confirms the invoking of the special powers of the CEO of the Ministry of Health, to deal specifically with the Coronavirus, by all the legal means it deems appropriate, for example travel restrictions and other matters, and any other measures it may seek to put into effect.”

“Measles was already a recognized disease under the Law, so we needed to confirm this new phenomena now,” adds Lemalu.

The Ministry of Health’s travel advisory and special conditions are already in effect for Samoa. This week two sailors who transitted in China are under a 14 day quarantine as a precautionary measure.

Since Samoa’s Border Security Travel Advisory was in place last Friday 24th January, a total of 13 passengers mostly from China have been denied entry at Faleolo International Airport.