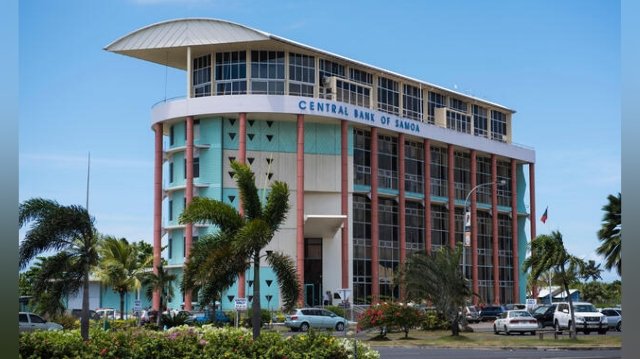 The Central Bank Samoa Board approved the continuation of its accommodative monetary policy stance in the financial year 2022/23 at its Meeting on the 1st of July 2022.

In making its decision, the Board considered the expected slowdown in the world economy given the adverse impact of the Russia-Ukraine war, as well as the fragile recovery that is expected for the
Samoan economy in FY2022/23.

According to the April 2022 World Economic Outlook by the International Monetary Fund (IMF), the global economy is expected to expand by 4.85 percent in FY2021/2022, slower than the earlier
projected as the Russia-Ukraine war has hindered the global recovery. Further weakening in global
economic activities is expected, with economic growth to slow down to 3.6 percent for FY2022/2023, due to the gradual reduction and removal of earlier fiscal and monetary stimulus as most major central banks attempt to tighten economic activities to slowdown the current strong inflationary pressures
worldwide.

For Samoa, the latest National Accounts figures showed that the economy recorded a -2.3 percent
contraction in the twelve months to end December 2021, which has improved from -7.1 percent in the
twelve months to June 2021 (FY2020/21) and -3.1 percent in FY2019/20. And, for the financial year
ending June 2023, we are estimating the economy to improve slightly to -2.0 percent.

The expansionary fiscal policy approved by Parliament for FY2022/23, with an overall Government Budget deficit of around 3.9 percent of GDP, will combine with the easing monetary policy stance to revive both general commerce and business activity as well as Government project implementation; that has been severely affected by the COVID-19 lockdowns in the past two years.

In addition, Samoa’s international borders are expected to reopen in August 2022, which will assist in driving the expected recovery in economic output. As a result, real GDP is expected to expand by around 1.8 percent inFY2022/23, although that downside risks remain.

On the other hand, inflation has risen sharply in the past eight months given the combined impacts of
the COVID-19 pandemic, supply chain disruptions on global transportation and the Russia-Ukraine war.

It is currently at 8.2 percent at end May 2022 compared to -3.0 percent at end June 2021. However, inflation is expected to ease to around 6.7 percent by end June 2023 contingent on the Russia-Ukraine war being resolved by then and the supply chain disruptions starting to ease and return to normal flows.

On the external sector, export of goods is down considerably in the first eleven months of FY2021/22 while imports have gone up in that same time frame. However, remittances inflows have also increased significantly, cushioning the widening trade deficit and helping boost the country’s foreign reserves level to around $760.0 million at end April 2022 or 10.4 months of import cover.

The outlook for FY2022/23 points to an expected rebound in exports of goods as well as the resumption in visitor earnings while imports are forecasted to increase further. Remittances are expected to return to normal levels in the coming year after 2 years of sharp gains. As a result, total foreign reserves are expected to contract to $715.0 million or around 9.4 months of imports in FY 2022/23.

Despite the expected level of inflation rising beyond the 3.0 percent target, the Board felt that monetary policy should remain eased to support the economic recovery. Besides, the main driver of the hike in prices is due to external factors beyond our control. In support of the eased monetary policy stance, is the comfortable level of our international reserves we are currently experiencing.

Credit growth has been slow, so monetary policy in 2022/23 will therefore aim at either holding market
interest rates at their current low levels or reduced further to stimulate private sector demand and
investments.

The aim is to continue to provide an enabling environment for the private sector, to allow it to capitalize on the positive spill over effects of Government’s capital investment in infrastructure and construction.