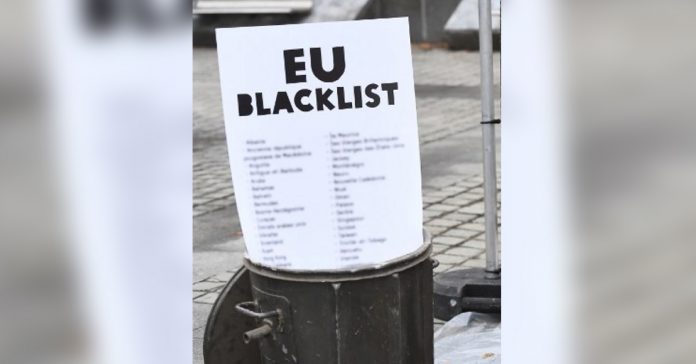 The Central Bank of Samoa wishes to clarify the recent blacklisting of Samoa by the European Union (EU) for “Strategic deficiencies in its Anti-Money Laundering and Counter terrorism financing framework”.

Samoa has always been a willing member in the global fight against money laundering and terrorism financing, including adopting the global standards to combat them.

The Financial Action Task Force (FATF) is the global standard-setting body for combating money laundering, terrorist financing, and proliferation financing. Samoa is a member of the Asia Pacific Group on Money Laundering (APG), the regional arm of FATF responsible for ensuring compliance by countries in the Asia Pacific region.

The FATF already develops a list of high-risk jurisdictions with AML/CFT deficiencies as part of a careful and comprehensive process.  Because of the FATF’s work, virtually all countries around the world are subject to a rigorous peer-review methodology that examines the legal frameworks to counter illicit finance as well as how effectively countries implement them.  These reviews are an intensive process involving careful review of the legal framework, extensive fact-gathering, and onsite visits in which assessors engage in robust, iterative dialogues with assessed countries. Samoa as an APG member actively engages in this process.

Various concerns have been raised regarding the EU process for arriving at this list as it differs greatly with FATF’s process.

First, the EU did not provide a detailed assessment and only provided countries with a brief basis for the blacklisting.

Second, the EU notified affected jurisdictions that they would be included on the list only days before issuing the blacklist.

Third, the EU failed to provide affected countries with any meaningful opportunity to challenge their inclusion or otherwise address issues identified.  As a result, the EU has produced a list that is inconsistent with the FATF list, without reasonable support.

Samoa had recently amended its Anti-Money laundering legislation last year to improve its compliance with the FATF standards. As a result, in the APG Annual Plenary in July 2018, Samoa were given upgrades on 3 key recommendations and was placed in the category of countries that requires reporting to APG every 12 months instead of every 6 months. This is a reflection of how well Samoa’s AML systems are doing, as the reporting has been relaxed to 12 months. It may also be appropriate to note that Samoa has in fact never been blacklisted for non-compliance with the FATF standards.

Samoa has also received confirmation that this blacklist has not yet been made official. EU protocol dictates that this list must first pass through the European parliament for a vote before it becomes official. Therefore Samoa is not listed yet despite the reports in the media.

We appreciate efforts and support from APG who is seeking clarifications from EU on this issue as it contradicts with APG’s assessment of Samoa’s AML/CFT regime. Samoa is also on the same page with the US Treasury Department who has also raised concerns with the EU blacklist. A link to their press release is inserted below.