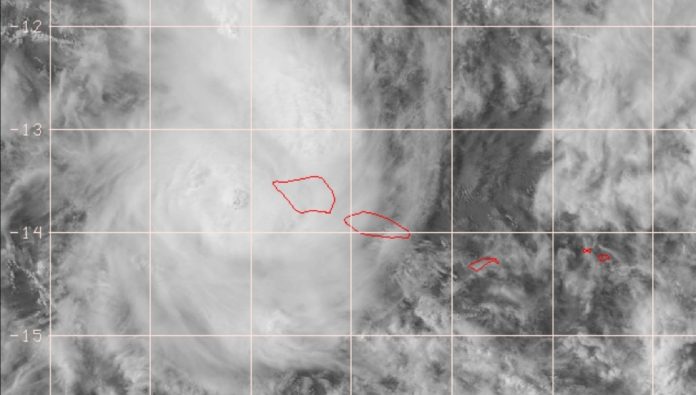 Tropical Cyclone WASI Category 1 was located about 25 km West South West of Taga and 100 km West of Apia at 10:00 p.m. this evening. The system is slow moving East South East at a speed of 12km/hr. Winds close to the centre of Tropical Cyclone Wasi is around 83kph.

If TC Wasi continues on its projected track it will relocate at about 60km South of Tafitoala or 86 km South of Apia at 5.00 am tomorrow morning.

Tonight and Tomorrow:
Periods of rain with heavy falls and few thunderstorms.
Northwesterly winds of 63-87 kph gust up to 95kph at times. Combine waves and swells of 3-5m.

(The next Special Weather Bulletin will be issued at 5.00a.m tomorrow or sooner if conditions warrant)

TROPICAL CYCLONE WARNING CATEGORY 1 (63-87kph) REMAINS IN EFFECT FOR ALL OF SAMOA.

FLOOD WARNING REMAINS FOR ALL MAJOR RIVERS AND VULNERABLE AREAS