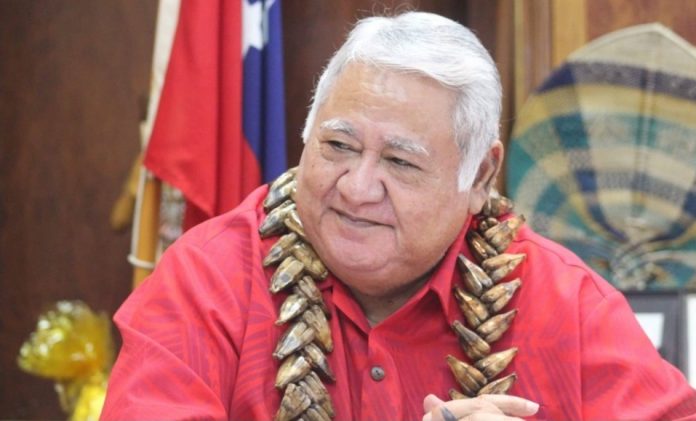 During his weekly programme with TV1 Samoa, Tuilaepa said from their own analysis, many HRPP members will return after the April 9th general elections, and at least 42 seats will be won by HRPP.

A Member of Parliament since May 1981, Tuilaepa says even before elections, HRPP already has 12 confirmed seats.

“That means we only need another 14 to get the majority and return to Government”.

Tuilaepa reflected back to the 2016 general election where he says he had predicted a winning number of 35.

“I was also asked before the 2016 general election and I predicted 35, which was right..”

Tuilaepa is confident that HRPP will again win the 2021 general election with 42 seats or more.

FAST party also has a secured seat going into elections, with Fiame being uncontested.

The FAST momentum has greatly shifted the political environment in Samoa in the past several months and voters are talking about the “party vote” which is a first for Samoa – being a one-party State for the past 2 decades with HRPP securing landslide wins in the past 4 elections.

Voters are openly vouching support for candidates running under the banner of the FAST party this time around.

FAST have developed a structured social media campaign under the motto “Vote for Change”, with an overwhelming support system of overseas-based Samoans seen fundraising for the new political party.

FAST roadshows have been conducted across Savaii and Upolu, to introduce candidates and promote the party’s manifesto, outlining intended  development programs.

Tautua Samoa has 15 registered candidates, and have not been able to maintain the same momentum as FAST.

Former Tautua MPs are running under the banner of FAST such as Tauiliili Harry Schuster, Afemata Palusalue Faapo II and Toeolesulusulu Cedric Schuster.

Tautua and members of other political parties such as Samoa First have indicated an interest to form a coalition should any of their candidates be successful.