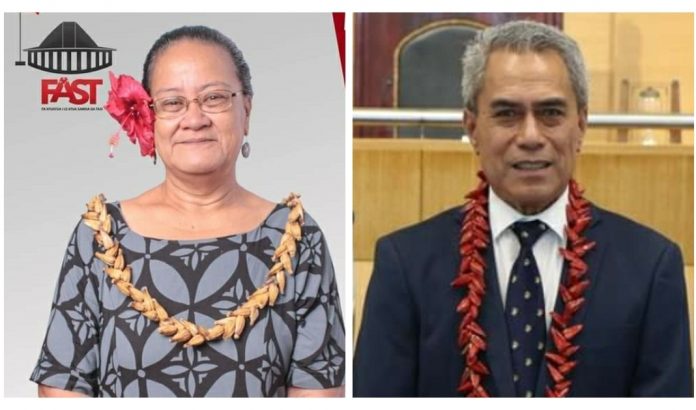 The application to withdraw was brought before Justice Niava Mata Tuatagaloa and Justice Leilani Tuala-Warren presiding. Counsels said a deed of settlement had been signed this morning by both parties, Sili as petitioner and Matamua as counter petitioner. Sili was represented by Leiataualesa Jerry Brunt while Matamua’s lawyer was Leiataualesa Komisi Koria.

Outside Court Sili told Samoa Global News the decision has been made for his Constituency.

“I hope the Constituency were happy with how I served them over the five years”.

Sili Epa Tuioti’s five year term as Minister of Finance had focused on reducing debt distress risks for Samoa, with fiscal targets to reduce the debt ratio to within 40% of Gross Domestic Product. His overall budget estimates reducing overall deficit to ST,$28.5 million or 1% of GDP before the measles and global pandemic hit Samoa. He also brought more stringent rules to companies offering small loans to the public and was Minister in charge of the Samoa 2040 strategy.

Sili wished Matamua well in her endeavors as the elected MP for their Constituency.

“I wish Matamua all the best, that she can serve the Constituency for a better future ahead”, said Sili.

Outside court Matamua thanked God that she has been given the chance to serve her constituency and vouched to do so to the best of her ability.

“I thank God for He has done great things and now a settlement has been made and I will use this God given opportunity to serve Faasaleleaga No.1 for a better future,” she said.

Across the halls of the Supreme Court of Samoa, former Member of Parliament and Caretaker Minister of Agriculture, Lopaoo Natanielu Mua continues his petition against elected MP, Niuava Eti Malolo, who polled 59% of the votes, or 823 to the former Minister’s 541; a difference of 282 votes. 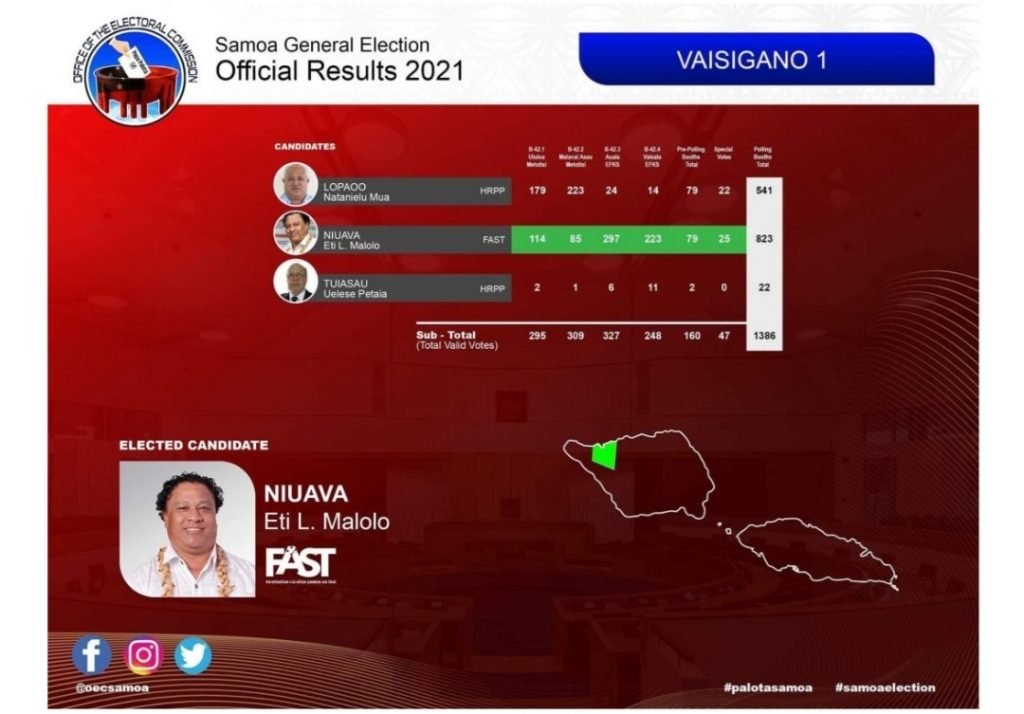 The case is being presided over by Chief Justice Satiu Simativa Perese, and Justice Vui Clarence Nelson.

In a proclamation handed down last night by HH Tuimalealiifano Vaaletoa Sualauvi II, the Head of State sets out reasons he believes the Parliament of Samoa cannot convene, and says there is no party with a clear majority because there is uncertainty as to the correct number or composition of the members of the Legislative Assembly. He then states in bold letters that if issues are not resolved by the 2nd of August 2021, he will look at other options, although does not say what those options are.

“THEREFORE if the above matters have not been resolved by the appointed date, I will reconsider other options available to me”.