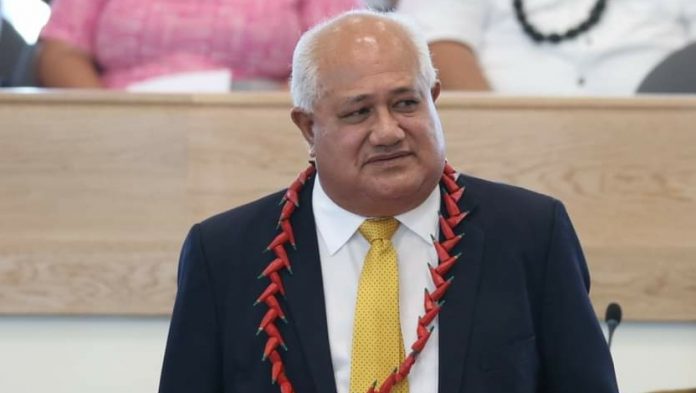 The caretaker Minister of Agriculture and Fisheries Lopaoo Natanielu Mu’a took the stand on Tuesday morning testifying that he had “given blindly” and cannot remember how many people working on Lady Samoa III he had gifted money to from time to time.

Taking the witness stand in his petition against FAST MP Niuava Eti Malolo, the former representative for Vaisigano 1 testified that it was normal for him to tip workers for their good service, during his regular travels between Mulifanua and Salelologa.

“I don’t discriminate between who I give to when I’m on the ferry, and I don’t recall who they are”.

Lopaoo was giving evidence to rebutt and discredit the testimony of three Lady Samoa III sailors who testified on Monday that Lopaoo would often tip them when he sees them on the ferry.

One sailor who is an engineer says she normally works on the ground floor of the Lady Samoa III but on April 7th she went up to the business class deck to turn on the air-conditioning unit.

“I saw Lopaoo sitting right next to Sili Epa and I remembered that I haven’t pre-polled so I went and ask both of them for assistance,” Fuapepe Peleti said.

“And after my conversation with Lopaoo he took $50 out of his wallet and put it on the table in front of me and told me it’s for a soft drink,”

Another sailor who works in business class, Tuleaga Atoa testified that she heard Lopaoo telling Fuapepe that the $50 tala was for her fare to “kua” to vote.

Lopaoo disagreed saying the $50 was change for a purchase of a bowl of noodles he had made, and the change was for both Fuapepe and Tuleaga who were working in business class that morning.

Tuleaga had been given the money to make the purchase and the change was intended to be a tip for them.

Final submissions from Counsels of both parties will be given Wednesday afternoon. Aumua Ming Leung Wai and Lucy Sio-Ofoia are representing Lopaoo while Tanya Toailoa is representing Niuava.