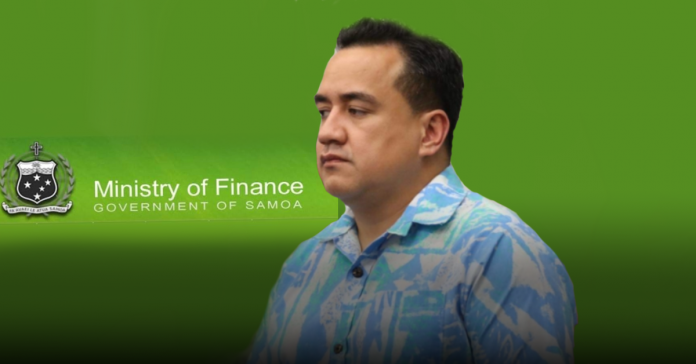 Thursday 10 June 2021, Apia Samoa. Amidst the uncertainty caused by Samoa’s political stand-off between FAST and HRPP, the caretaker government will make an announcement on Friday 11th June about the budget for the new fiscal year.

This was confirmed by Samoa’s Chief Executive Officer for the Ministry of Finance Leasiosiofa’asisina Oscar Malielegaoi in response to questions from Samoa Global News regarding the process for approving the annual government budget, which is normally tabled before Parliament in May/June each year.

“Government will make an announcement tomorrow, to address all concerns in relation to the Government Budget for the new fiscal year,” said Leasiosiofaasisina.

Leasiosio did not confirm what time the announcement would be made.

Article 95 of Samoa’s Constitution allows for a situation where a budget Appropriation Bill is not passed into law by the start of a new fiscal year (1st July for Samoa). The clause refers to the Minister of Finance having the discretion to approve an amount of not more than 1/4 of the previous years’ budget. That would equate to just over $240 million tala, given the total budget for the fiscal year 2020-2021 tabled in Parliament in June 2020, was $965.8 million tala. Of that, Samoa’s Education budget was $103.4 million while the Health budget was $120.6 million.

It is noted that the whole essence of the special measure is based on the authority of the “Minister responsible for finance” with the prior approval of Cabinet.

Samoa is in unchartered waters, with Parliament failing to convene since the nation went to the polls nine weeks ago. The public have been faced with messages coming from two Prime Ministers and governments – the caretaker government of Tuilaepa Sailele Malielegaoi, and the sworn-in government of Fiame Naomi Matafa.

The authority of the caretaker government is in question since the expiration of the 45 days mandated by Samoa’s Constitution for Parliament to convene following a general election. At the same time, HRPP has challenged the lawfulness of the swearing in ceremony held by FAST on the 45th day (Monday 24th May 2021).

Adding to the current stand-off and political crisis, there is also the matter of Caretaker Prime Minister Tuilaepa Sailele and others facing citations for contempt of Court, while Prime Minister Elect Fiame Noami and others are facing private prosecutions for bribery relating to election roadshows.

95. Expenditure in anticipation of appropriation.

If an Appropriation Bill has not become law by the first day of the financial year to which it relates, the Minister responsible for finance may, with the prior approval of Cabinet, authorise such expenditure (not otherwise authorised by Act) as the Minister may consider essential for the continuation of any services, until an Appropriation Bill becomes law: PROVIDED THAT the expenditure so authorised shall not exceed an amount equal to one-fourth of the relevant vote approved in the Appropriation Act for the preceding year.”