11.45pm Sunday 4th April 2021. The end of the campaign period  for Samoa’s general election is midnight tonight, four days before the official polling date on the 9th of April.

The end of the official campaign period means political party branding including all social media pages and billboards must all come down.

The campaign period comes to and end tonight, before pre-polling is set to begin at 8am tomorrow morning Monday 5th April 2021, at various booths announced  by OEC, across Upolu and Savaii.

A reminder notice by the Office of the Electoral Commissioner has been issued, and the social media pages of candidates have all been cleaned out, with their official campaign posters coming down. Many candidates have tonight replaced their profile pictures with photos of themselves with their spouses or family.

Some candidates have chosen to deactivate their social media pages altogether.

Active pages such as Friends of Fiame have also announced account suspension until the end of elections. 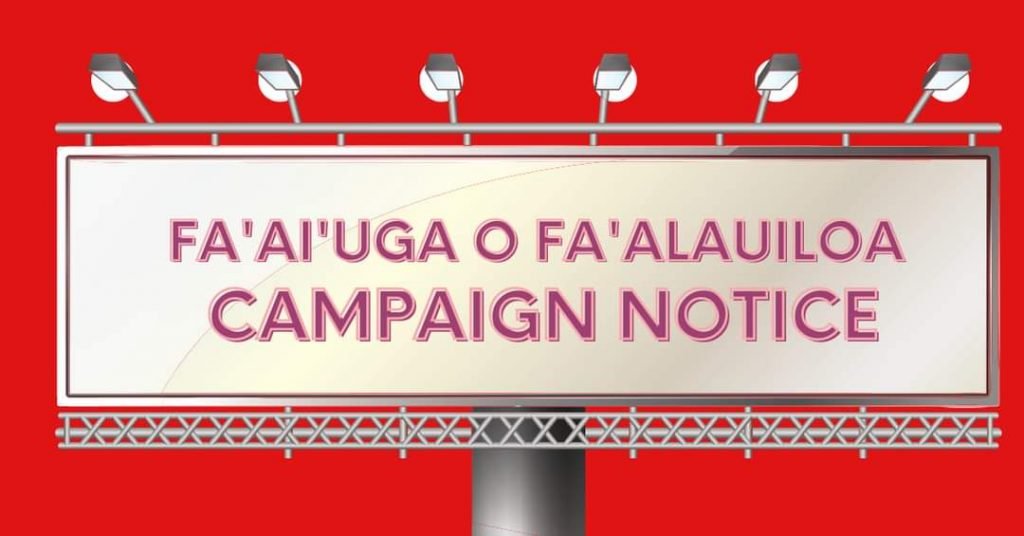 ‼️Reminder to all candidates that the campaign period officially ends at 11:59PM on 4 April 2021.