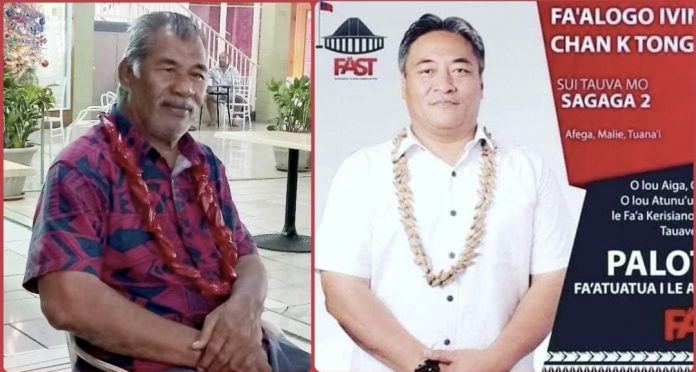 Election candidate Faalogo Ivins Chan K Tong was last night banished from his village of Malie, for going against a Village Council decision that no more political rallies or visits be allowed in the village.

In an exclusive interview with Auimatagi Saoloto, a high chief and spokesperson of Malie, he confirmed the decision to disallow any more roadshows or visits from any political party, was made at last month’s Village Council meeting.

According to Auimatagi, the village of Malie has already given its blessing to two candidates competing in the upcoming by-election for Sagaga 2. Faalogo Ivins from Faatuatua i Le Atua Samoa ua Tasi (FAST), and Faamausili Siona of the Human Rights Protection Party (HRPP) are both matais of Malie.

“Our village has a candidate from both the HRPP and FAST party,” said Auimatagi. “We have given them both our blessing for the upcoming election, and we have also opened up the opportunity for everyone to vote as they please,” said Auimatagi.

Auimatagi said their constituency (itumalo) was visited by both political parties just a few weeks ago, with meetings that were held in the village of Afega. He said the Village Council therefore did not feel it was necessary to have any more meetings or roadshows. 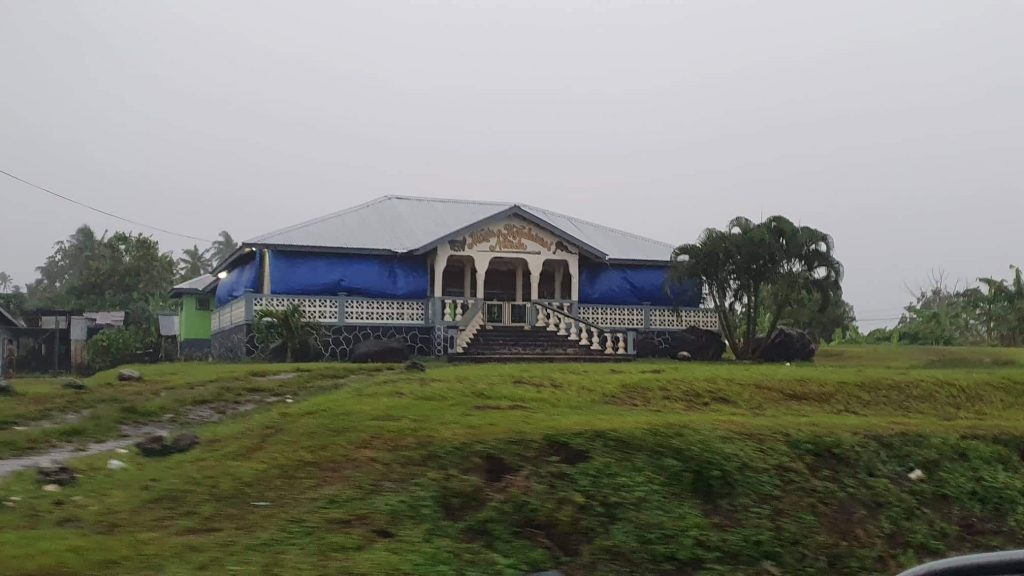 “At this time, peace within the village as we lead up to the by-elections is the main thing for our village,” he said.

Auimatagi said village matai were therefore surprised to see preparations underway last night for a FAST political roadshow, with tents being set up infront of the late Leafa Vitale’s home in Malie.  He said a Village Council meeting was immediately called to investigate the matter.  Auimatagi said it was then discovered, that Faalogo Ivins had gone ahead with plans to host a FAST roadshow in Malie, to be held on Thursday morning.

“This is going against the decision of the village council,” said Auimatagi.

Auimatagi said the HRPP had also requested a visit through former MP, Seiuli Ueligitone Seiuli, and they were given the same response.

FAST Secretary Vaaaoao Alofipo told Samoa Global News the miscommunication was unfortunate, but they have already ironed things out with members of the village council.

The chiefs of Malie say the decision to banish Faalogo is not a political one at all. “It is unfortunate, however, he purposefully acted against a village council decision”, said Auimatagi.

A second matai, Maligiapu Filipo, believed to have been helping Faalogo Ivins with the planned rally, was also banished last night.

Faalogo is one of six candidates competing for the Sagaga 2 seat in the upcoming by-election. He is one of three candidates running under the FAST ticket.  The other two FAST candidates are from Afega. When contacted, Faalogo Ivins said he was not in a position to comment at this time. “E le o maua so’u manatu i le taimi nei”.