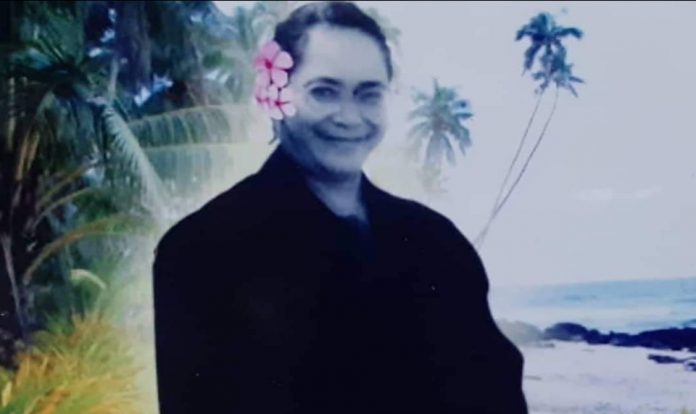 I lost my Mum to cancer so I thought I would write about her. I don’t think I have ever written about her before. I don’t know why, she was much nicer than my Dad. Lol.

A lot of the things that happened during her battle with cancer are blocked from my mind.
Maybe it was a coping mechanism for me.
Maybe I was too young?
I don’t know.

This was my journey, or the parts I remember of it, with my Mum, and her fight against cancer.

Some medical terms may not be 100% accurate, but they are the memories of a 16-year-old me.

Before I get in to it, let me tell you a bit about my Mumma.

My Mum was a beautiful soul.
While my Dad was fiercely stubborn and the King of Pride, my Mum was a gentle and humble person.
She was very patient.
She was neither loud nor aggressive.
She loved to read and sing and was small kine mischievous, but in a good way. Lol.

I was in Year 12 (2005) when my Mum’s stomach started protruding, as if she were pregnant.

She went to the Doctor’s and had a scan, and there, they found that there was liquid in her ovaries (?) causing her stomach to expand.

The Doctor had wanted to send samples to New Zealand for testing as there was a ‘possibility’ that it ‘could be cancer’.

Now, my Mum had a sister who died twelve years prior in 1993 to ovarian cancer, but I was only a little girl then. I didn’t remember Aunty Theresa’s sickness, so this would be the first time the word ‘CANCER’ had come into our lives.

Mum sat with that information for a few weeks and her stomach got bigger.
For some reason, she kept this from her siblings.

Maybe she knew that she would have to get treatment.
Maybe she had seen the same symptoms on her sister who had died.
Maybe she was scared.
I don’t know.

My Mum had lots of sisters but there was one she was particularly close to, #TheQueen.

I took it upon myself to tell my aunty what had
gone down. (Faikala the haus down). Immediately, my aunties flew in from the different countries they had lived in at the time.  They took Mum to the hospital.

The samples were sent overseas for testing.
Those tests came back positive.

It all happened so quickly.
One day she was okay, the next day she had cancer and had to go away.

During my final year of high school (Yr 13 in 2006) she had to go to Australia for chemotherapy.
The cancer had been detected as a stage 4 (or something terminal like that), and getting chemo was the only option she had if she wanted a (remote) chance at living.

A few Sundays before she left, we were lying on her bed and she asked me very calmly – like it was an everyday topic:
“Lene, o le a lau mea e fai pe a ke’i ua ou oki?”
I straight away said, “Ouke puga aku i kokogu o lou pusaoki ka ke feoki fa’akasi.”

“Lene, what would you do if I were to die?” I straight away said, “I would jump into your coffin and die with you.”

That was the first and last time my Mum ever spoke to me about her dying.

We said our goodbyes and off she went, leaving me, my Dad and the little boy who was their accidental child, behind. LOL

At the time, my brother and I had never experienced any real loss. It never really occurred to us that:
1) Our mother was ‘terminally’ ill;
2) Cancer is a b&$^%£; and
3) Mum might actually die

My Dad tried his best.
But the man didn’t believe in showing emotions (like: love and pride in his children) because he called it a ‘weakeness’ (silly man).

At my Year 13 prize giving while giving my Head Girl address, Mr. Bond was sitting at the very verrrrrry back, with his newspaper open right in front of his face….. READING.
The nerve of the man. The audacity! LMAO

Anyways….lol.
While in Australia, Mum would call often.
This was before video calling mind you, so we hadn’t actually seen her in months.

Over the phone, she was always in high spirits; always cheerful and always ending each call with something she’d said to us since we could talk:
Her: I love you, Lene.
Me: I love you too Mum.
Her: Truly
Me: Truly
Her: I do
Me: I do
Her: Okay
Me: Okay
Her: Goodbye! God bless you Lene!
Me: God bless you too, Mum!

For Christmas 2006, my cousins (I love you guys) paid for my brother and I to fly to Australia to surprise her.

She had already had some chemo sessions then and you know…my brother and I didn’t know exactly WHAT chemo was, other than the fact that it was something that was going to make Mum better.

We walked in to my Aunty’s house in Sydney and there she was.

I don’t know what we had expected, but what we saw was not it.

My Mum was skin and bones.
Her beautiful smooth and round face was tired and gaunt.
Her head was completely bald. No hair, no eye eyebrows.
Her hands and legs were smaller than my 11 year old brother’s.

When I went to hug her, I was so afraid I might break her bones.
She was just..so fragile.

THAT was when shit got real.

I realized at that moment, my beautiful Mum – My best friend, emotional mentor, and number 1 fan in the whole world; was going to die from cancer.

Marlene Kathleen Mulipola
Marlene Mulipola is the Manager for New Extension at Samoa Stationery and Books. Educated at St Mary's College and the National University of Samoa, Lene writes as a hobby.

WHO Director General – “If We End Inequity, We End the Pandemic”