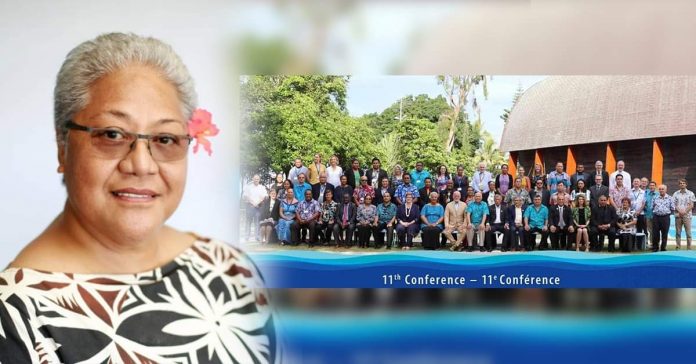 The theme of the 2019 CRGA was ‘Ocean Science: A sustainable future for the Blue Pacific’.

Deputy Prime Minister Fiame presented on the High Level Thematic panel on Ocean Action with emphasis on what is being done at the national level.

Members agreed to expand the Pacific Community Centre for Ocean Science (PCCOS), promote the Pacific Data Hub, and call for donors and partners to make a greater investment in scientific research into the impacts of changing climate on our oceans.

Members gathered to review the performance of SPC, highlight priorities for the coming year, and select the organisation’s next Director-General.

The Chair of the 11th Conference Prime Minister Henry Puna of the Cook Islands announced the selection of the Pacific Community’s next Director-General, Dr Stuart Minchin of Australia to succeed Dr Colin Tukuitonga, who has served in the position for six years.