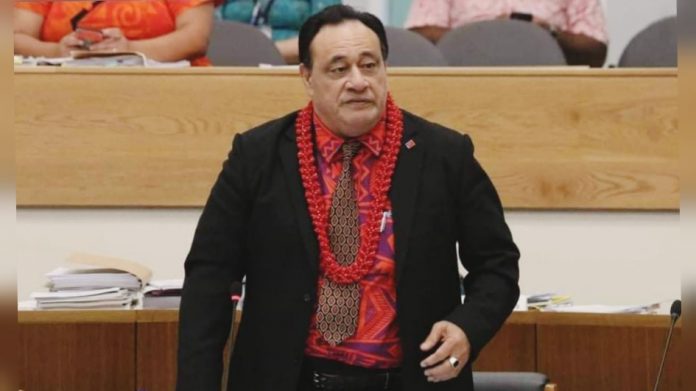 Cabinet has upheld a Public Service Commission recommendation to terminate the contract for Assistant CEO of the Ministry of Health, Agnes Stowers, who had been under investigation for discrepancies in her actioning of Ministry procurements.

Minister of Health, Hon Valasi Tafito Selesele said Cabinet was guided by findings of a PSC investigation into breaches of internal controls, and that “a lot of money was involved.”

According to the Minister, the accusations against the ACEO  are “extremely serious”, and could possibly lead to a criminal investigation because it involves “a lot of money”.

Valasi told SGN that Cabinet are yet to consider if it would take further action against Mrs Stowers in relation to the PSC findings which, according to the Minister, are clear and evidence-based.

The Minister of Health said Cabinet’s initial decision is to terminate, however, the next meeting of Cabinet will discuss additional recommendations and findings of the PSC report, and a decision will then be made about further action.

“.. if it should be handed over to police for prosecution,” said the Minister.

At this time, I can confirm that  the services of the ACEO are no longer required..”

Agnes Stowers is denying all accusations against her and had tried to resign from her position soon after the investigation was launched. The PSC did not accept the ACEO’s resignation. Instead it continued with its investigation which involved the recovery of deleted emails by IT.

SGN’s efforts to receive a comment from Agnes Stowers were unsuccessful.