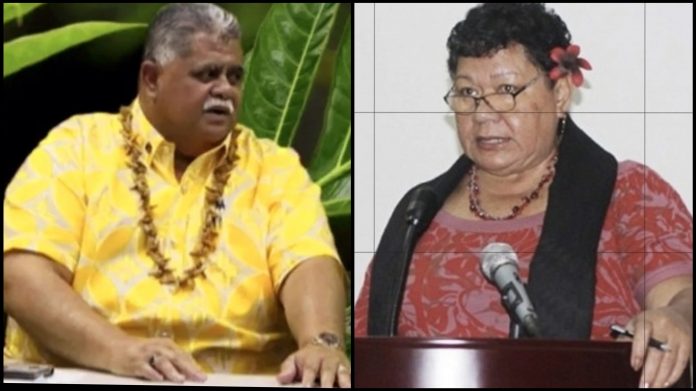 Samoa Minister of Agriculture and Fisheries, Laaulialemalietoa Leuatea Polataivao Schmidt has taken issue with a public notice blunder that circulated widely  on Friday night, regarding the re-start of schools following Samoa’s return to SOE Level 1.

The Ministry of Education Sports and Culture (MESC) Chief Executive Officer Afamasaga Dr. Karoline Afamasaga-Fuata’i signed off on a public notice informing parents that under a freshly released FK (Faaiuga Kepeneta) or Cabinet Directive, all schools in Samoa would be closed for a further two weeks.

The first public notice was a misinterpretation of the Cabinet decision, which had clearly stated all schools would re-open under Level 1 State of Emergency orders. Samoa Prime Minister Hon Fiame Naomi Mataafa had announced the relaxed SOE orders for Samoa on Friday afternoon, where schools to re-open was specifically mentioned.

The MESC notice was in circulation for less than an hour  on Friday night before it was quickly retracted, with the correction re-posted on their social media page.

On his regular programme with EFKS TV2,  Laaulialemalietoa Leuatea Polataivao Schmidt spoke strongly against the Education Ministry CEO, calling for her resignation over the blunder.

“If you do not want to listen to the Government then you know what to do. Resign, there are many others within the Ministry..”

The Minister of Agriculture took offense at the original notice, and even though it was retracted and corrected, Laaulialemalietoa told the TV2 audience that in his opinion, Afamasaga had acted disrespectfully of Government,  calling the MESC CEO’s actions intentional and treasonous against the Cabinet Directive.

Laauli went on to say that Cabinet met for over three hours to carefully consider the recommendations of the National Emergency Operations Centre. “And that included the decision to re-open schools.. so we were shocked to see her notice that schools would remain closed for a further two weeks”.

Laaulialemalietoa went on to say it didn’t matter if a retraction was made because the damage was done. He likened the situation to a Samoan analogy that once a nail has been hammered – even if it is later removed – the place where it penetrated the wall still shows.

The Minister of Education and CEO of MESC have been contacted for comments.

Samoa returned to Alert Level 1 on Friday afternoon at 6pm. The ban on children moving around in public places has been lifted. Schools in Samoa will begin the 2022 education year tomorrow, Monday 14 February 2022.