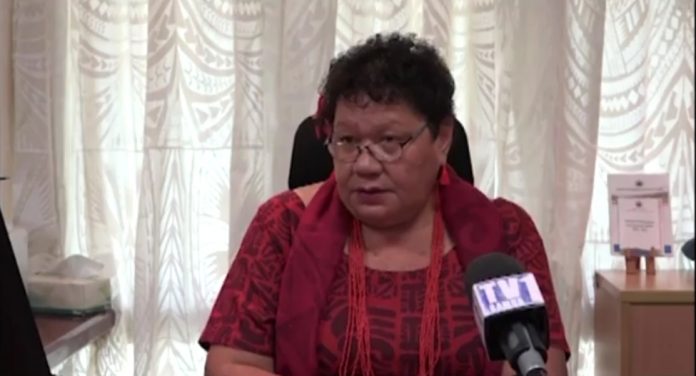 The CEO of the Ministry of Education Sports and Culture Afamasaga Dr. Karoline Afamasaga-Fuata’i has announced that they have received cabinet approval for the closure of schools depending on the levels.

“Immediately the ECE centres are to close today because they are the most vulnerable,”

“Following the completion of school exams at Primary level, they should close on the 15th of November which is next Friday.”

The CEO says that the national exams involving Years 2,4,6 and 8 have been completed and teachers should complete their final year school exams for all 8 levels in the next two weeks.

“Now for the senior secondary schools their exams don’t happen until November 7th and onwards, but it has been approved that when they finish those exams they should close off on the 29th of November”.

Afamasaga says that the Ministry of Education shares the national concern arising from the measles epidemic and it makes good sense to close schools as soon as possible to avoid the spread of measles.

“Measles is contagious and the best option would be for the students to stay home, not only stay home but be taken to see a doctor and be confined so that they do not affect other students.”

Afamasaga added that although they only received the official advice from the Ministry of Health this week, the Ministry of Education had already begun to collect data which did show an increase of children showing symptoms.

“The numbers are increasing in some areas but stabilising in others, but the proposal to Cabinet for consideration of closure was based on the official letter from the Ministry of Health, and our own evidence as well as parents calling in and discussing the matter.”

“It is good that Cabinet has approved and everyone now understands the need for early closure of schools for the children.”

The Chief Executive Officer did also remind teachers of Government schools that they are to still report to work until the 13th of December 2019.