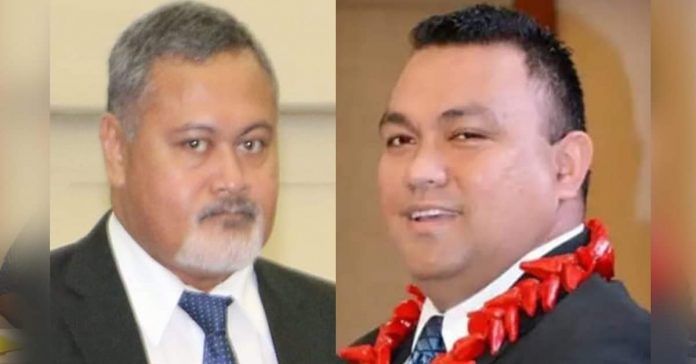 The CEO of MJCA was handed a one month suspension by Cabinet on 20th March 2019 following six charges laid by the Public Service Commission (PSC) against Papalii.

The PSC charges are in relation to the alleged removal of Court files from Court premises and alleged inappropriate behaviour towards female employees.

One of the charge sheets leaked through social media states that Papalii had “breached Section 19(b) of the Public Service 2004 Act in that between 2016 and 2017 you unlawfully authorised the release of original Lands and Titles Court files relating to ‘Suafa Ainuu -Sapapalii’ and ‘Suafa Faumuina i Lepea’;

“The removal of any Court file outside of the Ministry’s premises for a purpose that is not permitted for by law undermines the integrity and security of the Ministry and there by you have also breached Section 19(1) of the Act in that you have failed to uphold the good reputation of the public service,” reads the Charge.

The PSC charge sheet goes on to give particulars and specific information about the alleged incidents.

On the incident pertaining to the removal of court files, Suafa Ainuu – Sapapalii, the charge sheet alleges that Papalii instructed his secretary to deliver a box of original Lands and Titles Court files to the office of the Minister of Justice, Honorable Faaolesa Katopau Ainuu at the FMFM II Government building.

The charge sheet alleges, “Inside that box were nine (9) court files relating to the chiefly title Suafa Ainuu”.

The Prime Minister confirmed that recommendation to terminate Papalii was put forward by the PSC yesterday, which was endorsed by Cabinet.

Contacted for a statement, Papalii told Samoa Global News that he would give a reply tomorrow.