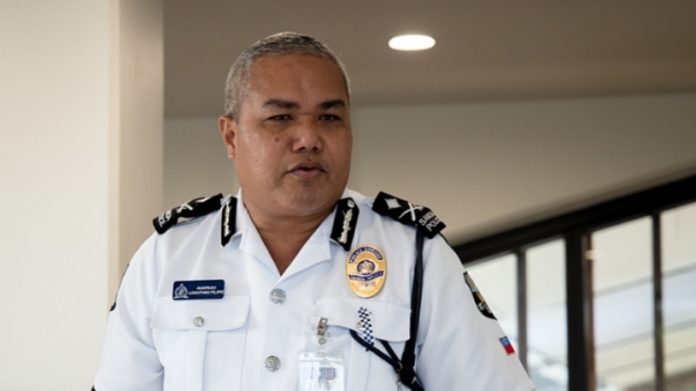 Auapaau Logoitino Filipo, a seasonal and veteran law enforcer is the new Commissioner of Police and Prisons and Correctional Services.

The Cabinet approved the 3 year appointment this week from a list of 7 highly qualified applicants.

A police officer for 23 years, the new Commissioners’ leadership resume includes managing District Operations in the Community complemented by his impressive performance to Command the Pacific Islands Police Contingent, (RAMSI) for four years in the Solomon Islands.

According to a reference from the Commander of the Entire RAMSI Operations which included New Zealand, Australia and participating countries, Commissioner Auapaau was ranked very highly in his significant contributions in resolving difficult policing operations as well as modelling extremely high standards of performances and behaviors at the top most end of the executive spectrum.