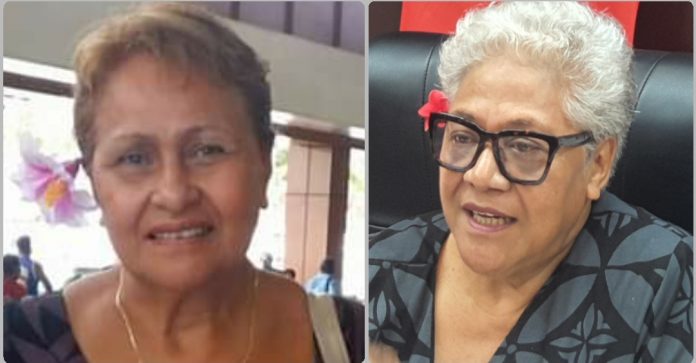 Cabinet has today confirmed the appointment of Lauano Vaosa Epa as the new Chair of the Public Service Commission for the short term, until April 2022.

Lauano had been serving alongside Auelua Samuelu Enari as one of two Commissioners of the Public Service prior to her promotion to lead the PSC following the retirement of Aiono Mose Sua last month.

The appointment was confirmed by Prime Minister Hon Fiame Naomi Mataafa during her weekly post-Cabinet session with the media.

Prior to joining the Commission, Lauano served as the Chief Executive Officer of the Ministry of Prime Minister and Cabinet (MPMC). She was the first woman ever to be appointed to that post, when she took over from Va’asatia Poloma Komiti.