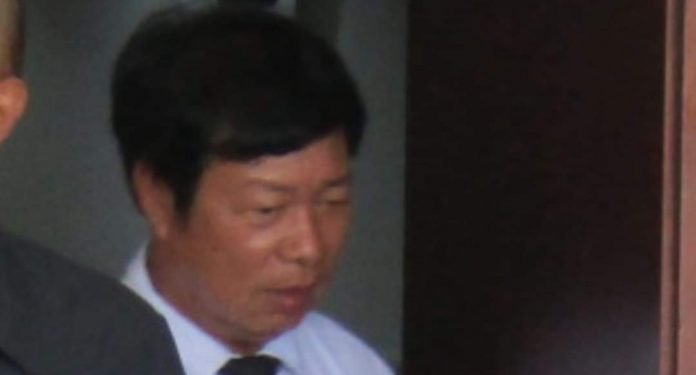 08 July, 2020. Mulinuu Apia. The owner of the popular Treasure Garden Restaurant in Samoa, Mr Chen Pao was convicted and fined $3,000 tala today in the District Court of Samoa for a sea cucumber operation worth hundreds of thousands.

The Court heard that 431 kg of processed sea cucumbers with an estimated value of USD$344,800 (ST$800k) in the Asian market was seized during a joint search operation by the Samoa Fisheries Division and the Maritime Unit of the Ministry of Police.

Pao was found guilty of operating a sea cucumber fishery for export purposes without approval, breaching section 10 (b) of the Fisheries Act 1988, as well as operating a fish processing establishment without a license under section (c). Each offense carries a maximum penality of $5,000 tala fine.

During the search of the Treasure Garden restaurant at Fugalei, police found quantities of sea cucumbers at different points of the manufacturing process.

Some were being dried on trays in a cooking oven, some were already dried and packed in plastic bags and some were found packaged up in freezers. bins. Other species were spread out on the floor near windows, to catch the sun.

The 11 chilli bins, 5 boxes and large rubbish bin of dried sea cucumbers confiscated by police came to a total of 431 kilograms, which experts say sell for $800 US dollars per kilo.

The Court heard evidence that Asia was the main market for processed sea cucumbers, quoting a study by the South Pacific Commission on the market value for the final processed product in Hong Kong.

Justice Fepuleai Ameperosa Roma handed down his much anticipated sentencing yesterday morning, outlining the aggravating factors and impacts of the offending on the environment.

The Court received a victim impact report from the Ministry of Agriculture and Fisheries that explained the important enviromental role of sea cucumbers in the eco-system.

“They extract bacteria and oganic matter, and are responsible for the oxygenation of several types of seafood, therefore the intentive collection of sea cucumbers impacts negatively on water quality as well as other marine resources; and may cause changes to the condition and nature of the sea floor settlement”.

The victim impact report also outlined urgent actions taken by the Ministry to respond to the offending that included seeking resources and technical assistance from regional partners for nation wide assessments which drained the Ministrys funds that were earmark for other development programs.

“The court considered Pao’s guilty plea by his lawyer and the fact that he is an first offender;

The prosecution sought for a monetry penalty of $1000  for each of the two charges, which the Court stated was too low.

Justice Roma said the appropriate amount taking into account the garvity of the offending and the value of the sea cucumbers ceased, should be $5,000 tala for each charge.

The businessman was given one week –  2pm Wednesday 15th of July 2020 to pay the fine “or he will serve four months imprisonment”.