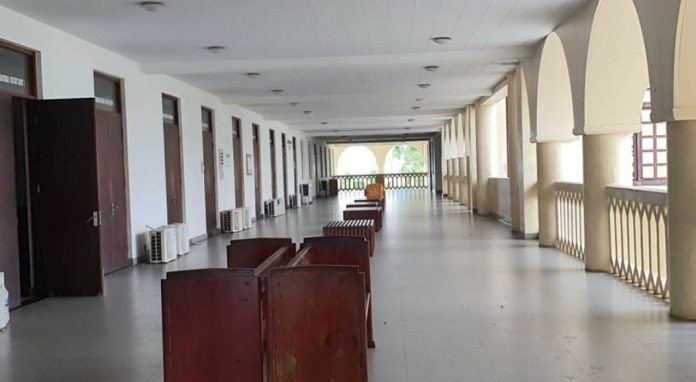 A businessman facing charges of attempting to export a container of sea cucumbers estimated to be worth over $US3.6 million is alleged to have offered a bribe of $5,000 tala to a Customs Officer.

Mr Quinping Yan also known as Tom or Paul, is accused of attempting to export a container of sea cucumber on the 24th of April this year.

The export of sea cucumber is prohibited under Samoa’s Fisheries Act 1988.

The matter was reported by the Ministry for Customs and Revenue when Quinping allegedly offered a $5,000 tala bribe to customs officers to allow a container of sea cucumber to be processed for export. Mr Quinping faces additional charges relating to providing false and misleading documents relating to the offense.

In that case, the Court had heard that the estimated market value of sea cucumber was US$800 (over ST$2,000) per kilogram in the Asian market.

The Ministry of Agriculture and Fisheries had explained the important enviromental role of sea cucumbers in the eco-system.

“They extract bacteria and oganic matter, and are responsible for the oxygenation of several types of seafood, therefore the intentive collection of sea cucumbers impacts negatively on water quality as well as other marine resources; and may cause changes to the condition and nature of the sea floor settlement”.