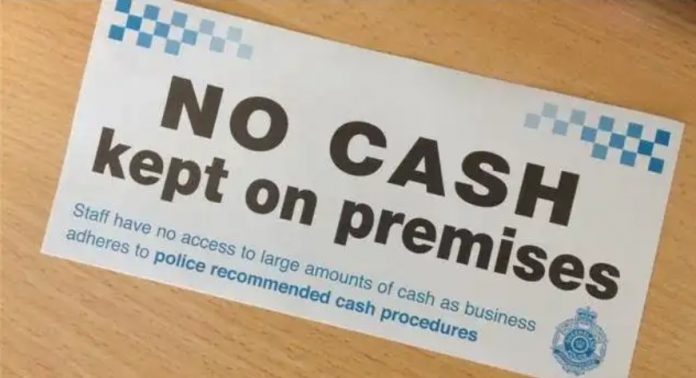 The Minister for Customs and Revenue Tialavea Tionisio Hunt has announced a directive for an investigation into businesses in Samoa that are ‘unbanked’ or have inactive bank accounts.

According to the Minister the practice is used to evade taxes. The announcement comes following a number of reported robberies this year where large sums of cash are found to have been kept by business owners on their premises.

In February this year, police confirmed that two escaped prisoners took $60,000 tala during a robbery invasion of the One & One Shop at Vailoa.

At the time business owner Ming Sheng told Samoa Global News that the cash for clearing imported containers of goods.

“That money is for our two containers that are sitting at the wharf;

“Now we don’t know what to do with the containers because we don’t have any money to clear it from the wharf,” Ming Sheng had said.

This month Mr Cao Yaqunh was killed during a robbery of the Pacific Trade Industrial company where over $100,000 tala was found on the premises.

Samoa’s Minister for Revenue said it should be mandatory for businesses to use cheques to purchase stock.

“Businesses that purchase their stock using cash should be stopped”.

In all of the reported cases where large sums of cash have been removed during invasion robberies, the businesses have been owned by Chinese nationals.

Police Commissioner Su’a Fuiavailiili Egon Keil issues a warning to businesses each time there is a robbery to refrain from keeping large amounts of cash on the premises.

Member of Parliament Urban West Faumuina Leatinuu Wayne Fong in issuing his apology for the actions of the youth of his constituency also gave the same advice.

“I would also like to encourage all Chinese Companies to please bank their takings daily and avoid holding money in their homes and businesses. It is a risk and a very dangerous one that you take because you are opening yourself to being targeted by thieves.”