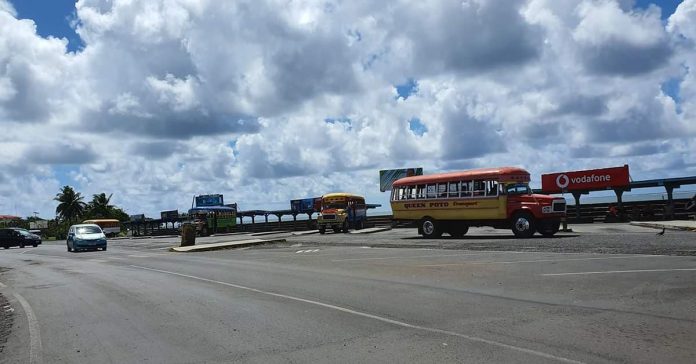 Lifting the ban on buses with the restriction of 20 passengers as a maximum has placed bus owners in a dilemma to continue the public transport service at less than optimum levels of profitability.

Andy Setoa of Trinity Transport says he has eight buses, but he says he is only operating two since the amended SOE orders, to offer the service for people from rural areas needing to get to work.

The Land Transport Authority has offered assistance to all buses through a COVID-19 stimulus package which essentially gives buses free registration for the year, forgoing payments of March, June and September (or June, Sept and Dec if March registrations have been paid).

However Andy Setoa says he does not disagree with Government’s position to safeguard Samoa, however, it is difficult to operate a bus on his Satapuala route at only 2/3rds capacity and feels sorry for buses that operate routes even further out of Apia.

Mr Setoa says most of the $60 tala per trip goes straight to diesel costs. He explains that the fixed costs of maintenance for buses cannot be met with the variable income now imposed.