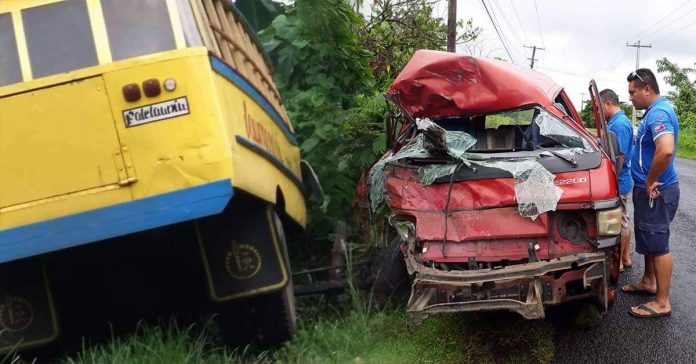 07 February 2019 Falelauniu, Samoa.  A Laumosooi bus was forced to swerve off the road when a red van had suddenly drifted to the wrong side of the road, according to eye witnesses.

The bus that was coming into town from Falelauniu was carrying 10 passengers including a Robert Louis Stevenson student.

Bus driver Tana Laulu of Vaitele-fou says that he veered the bus off the road to save a head on collission.

A passenger on the bus, Tanumataila Tomasi of Falelauniu amd Faleasiu told Samoa Global News that the bus driver acted quickly to save their lives and the lives of the woman and her children in the on-comimg vehicle.

The 55 year old ‘supokako’ said that the woman’s daughter on the passenger side sustained the worst injuries while the Robert Louis Stevenson student had head injuries.

Vehicles that followed the bus took the injured passengers to the hospital while the ambulance dealt with the more serious cases.

Samoa Fire and Emergency Services as well as Samoa Police and the Ambulance were quick to arrive at the scene. The roads were cleared for the public within 15 minutes of the crash. 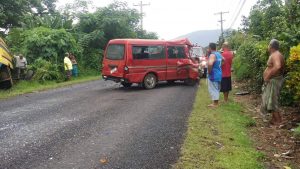 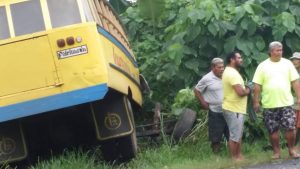 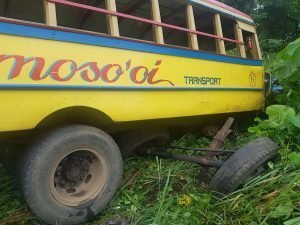 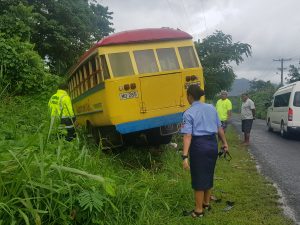