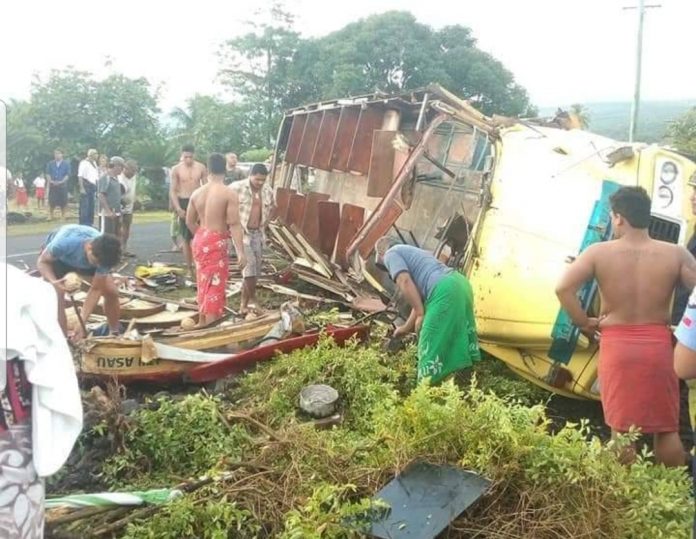 10 June 2019, Apia Samoa. Over 30 students from Itu-o-Asau narrowly escaped death when a wooden bus carrying them to school rolled and split into  pieces in a horrific accident at around 5am this morning.

Eye witnesses say that the bus was speeding and swerved to avoid a dyna, causing it to roll over and land upside down.

“The crash happened right infront of our house at about 5am this morning,” said the witness who did not want to be named.

The witness said that the bus driver, Liu Mao Uesili from Foaluga was injured in the crash and was then beaten by the untitled men of Auala who were first to the scene.

A family member of the bus driver told Samoa Global News that Liu said the breaks of the bus were faulty and failed on him. 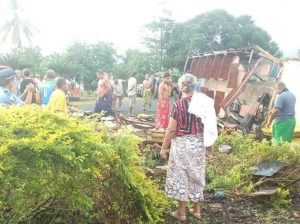 An young man from Auala who was one of the first to the scene told Samoa Global News that their group of taulelea (untitled men) turned the bus to its side and brought the passengers out, most of them school children.

“One girl was in critical condition (tigaina) because she was stuck in the front seat and it was difficult to pull her out;

“Her eye was damaged and seemed to have popped out,” said the eye witness.

The driver of the dyna loaded the school children and drove them to the nearby Sataua district hospital.