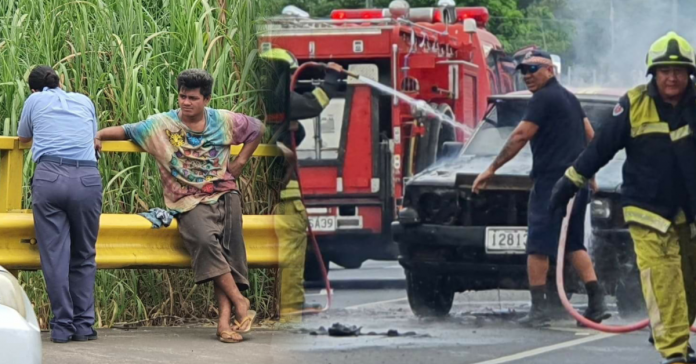 The Samoa Fire and Emergency Services Authority (FESA) responded swiftly to a motor vehicle that caught fire along the main road at Lepea, just as commuters were heading home around 4pm Friday afternoon.

FESA firefighters arrived to a burning vehicle blocking traffic with over 20 vehicles behind it on the double-lane road. Within minutes FESA contained the fire that had engulfed the engine and the front seat area of the vehicle.

The car was driven by a man who runs a mechanic shop “fale igisigia” at Tanumapua. He was travelling with his older brother and his 3 year old son.

“We had just put gas in the car at Toleafoa’s petrol station at Savalalo, but when we got here we could see smoke coming from the engine;

“My brother who is a mechanic opened the hood but the whole engine had caught fire;

“That’s when I carried the little guy out of the car, but the engine was already in flames at that time”.

The driver was not the owner of the single cab pick up with registration plate 12813. According to the driver, the owner of the vehicle was a friend who had left his car at their mechanic shop for repairs.

It’s my friend’s car, it was brought in to be fixed.”

LTA were not able to release information about the vehicle due to protections of car owners’ privacy but say the information can be given to police. 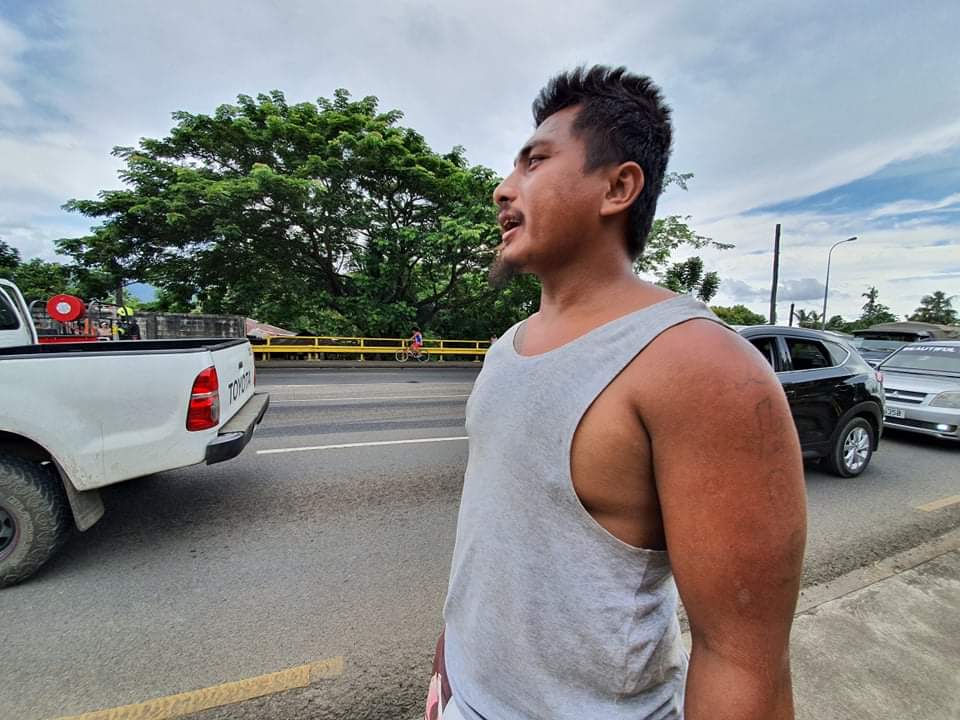 A FESA firefighter at the scene said it is important for car owners to make sure their vehicles are regularly checked. 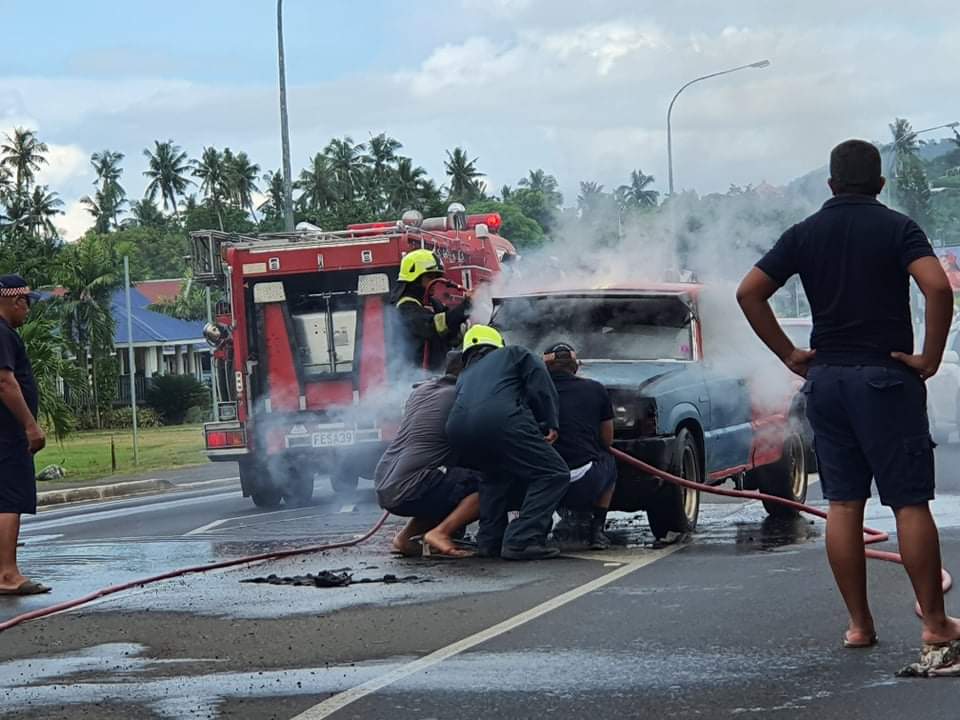 “Overheating will cause the engine of a vehicle to catch fire. Please make sure your car is regularly serviced if you are a car owner”, warns the Samoa Fire and Emergency Services Authority.