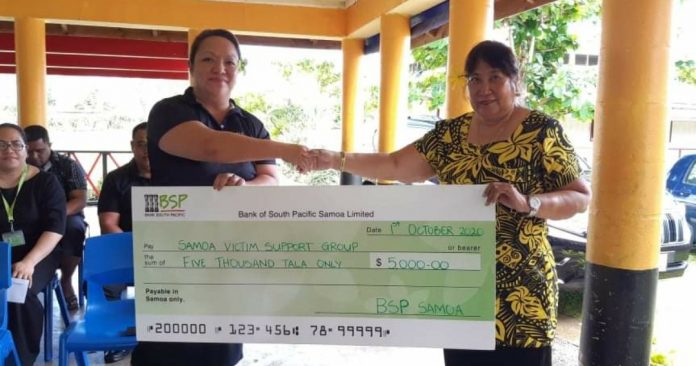 In a commitment to stand against family and sexual violence, Bank of South Pacific (BSP) Samoa have partnered with Samoa Victim Support Group as part of the Bank’s “Black Thursday” campaign to support survivors and victims of sexual and family violence.

As a community-based output of BSP’s Black Thursday campaign, Country Manager Maryann Lameko-Vaai, her managers and staff visited the Campus of Hope on Thursday morning.

During an emotional and heart warming presentation, Taituuga spoke to the young victims of sexual and family violence that are being housed in the Campus of Hope; many of them awaiting trial dates for court cases against their perpetrators.

“You are valuable” was the key message from BSP Samoa’s Country Manager as she assured the children that the BSP Bank family have them all in their prayers.

A total of WST$5,000 together with in-kind donations such as food supplies, bathroom essentials and morning tea for the 70+ child and staff residents were presented at the Campus of Hope.

“The work that we do isn’t easy. There are many sleepless nights, but it’s knowing that there are people doing their part to raise the flag against family and sexual violence that make it easier for me to sleep at night”, said SVSG President Siliniu Lina Chang.

Taituuga Maryann Lameko-Vaai shared a verse from the Bible to encourage Siliniu and her team, who work tirelessly to care for children seeking refuge because they have been abused within their own homes.

“Let us not become weary in doing good, for at the proper time we will reap a harvest if we do not give up”,  Taituuga quoted from Galatians.

The BSP Group launched its largest social justice awareness campaign #BlackThursdays on Thursday 2nd July 2020 across the region. BSP Samoa has continued to observe this, standing in solidarity against family and sexual violence and gender based violence. 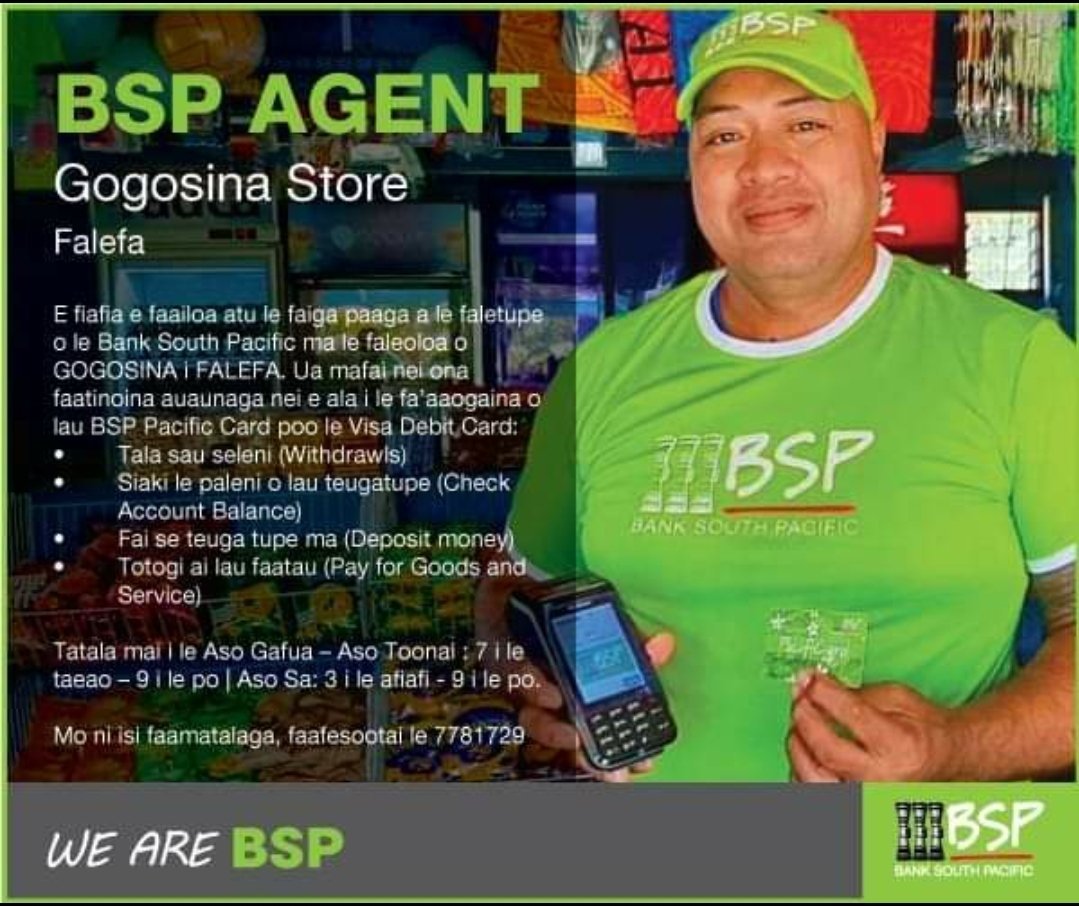 At the launch in July, Taituuga Maryann had said, “Domestic violence and sexual abuse exist in the shadows, and to help those who are suffering in silence, we must make a stand to bring these issues to light.”

SVSG President Siliniu Lina Chang stands beside the BSP Black Thursday campaign and applauds the initiative to raise awareness for survivors and victims of sexual and family violence.

Community Notice: If you or someone you know is being abused, please call the above free calling number: 8007874 or the Samoa Police Domestic Violence Unit on 22222.