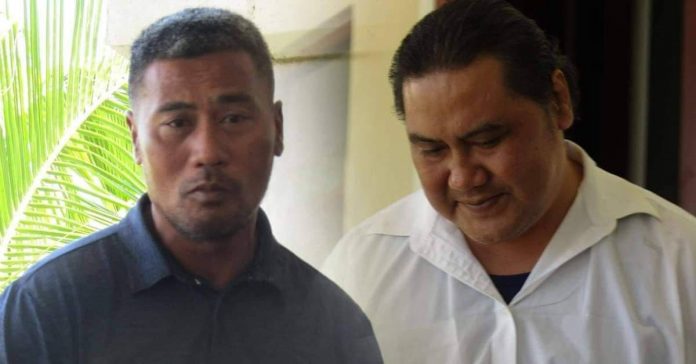 Leiataua Lolagi Evile took the stand in the trial of the man accused of murdering his sister and former UTOS CEO Sa’u Justina Sa’u.

Leiataua Lolagi says he saw many changes in his sister after she had met Kolani Junior Lam. He spoke of their upbringing in Apolima-Uta as brother and sister and told the Court that they were close as siblings and that his sister was the backbone of their family.

He said that his sister’s first husband had passed away several years ago and Kolani had come into their family in 2015. His sister married Lam and they had two children, a boy in 2016 and a girl in 2017.

It is the testimony of Leiataua Lolagi that his sister worked in Apia but never missed coming home for the weekend. She ran their family businesses in the weekend and kept control of all the finances of their shop in Apolima-Uta.

It was the brother’s testimony that when his sister married Kolani, she became very isolated and stopped coming in the weekends. If they did make it home for Sunday toanai, Kolani would stay inside the room and only come out in the evening to have a beer and play pool.

Lolagi told the Court that Justina kept the cheque books of their family store and he would often go in to her office to pick up the cheuqes. He says his sister would always come out and meet him to have a chat, and personally hand him the cheque.

However, in his testimony he spoke of one such day when Justina didn’t come out to see him but instead sent out a staff member. Surprised, he had inquired of the lady who first told him his sister was busy but according to Leiataua Lolagi, the staff member later admitted that Justina couldn’t come out because she had a black eye.

During cross examination Kolani’s lawyer questioned Leiataua about the staff member. Lolagi responded that the staff member was one of the police witnesses expected to give evidence later in the case.

As a police witness Leiataua Lolagi was asked to recall an incident in 2017 when Kolani had allegedly held Justina’s daughter Talei by the neck.

Led by prosecutor Leone Sua-Mailo, Lolagi told the Court that the incident happened on a Thursday night and when he came to pick up the girls after school on Friday to take to Apolima-Uta for the weekend, his daughter Karena could not wait to tell him what had happened.

“It was the first thing Karena told me when she jumped into the car”.

He says that when they picked up Talei from Robert Louis Stevenson school, he asked his niece about the incident but she only sat in silence and cried.

He said he conveyed what the girls had told him to their mother Sofia who had wanted to report the incident to Police.

It was Lolagi’s testimony that his sister defended Kolani and did not want the matter to be reported. He told the Court that interventions were difficult to make because he believed Justina would take Kolani’s side over theirs.

In relation to babysitters for Kolani and Justina’s children, it is Lolagi’s belief that babysitters would be removed or fired if Justina suspected them to be faikala, and be revealing information about abuse within the home.