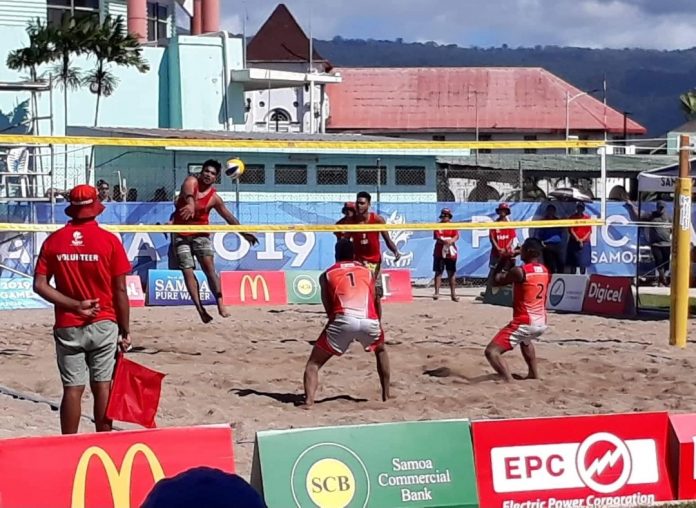 Semisi Funaki and Tio Fono Hema had to fight hard to beat American Samoa today with a close 19-17 in the final set for the bronze medal.

They are pictured here with Miss Amercian Samoa Magalita Johnson who watched as the Tongans took away her home nations hopes at a medal.

The medal presentation will be held later on in the evening after the mens finals for Gold and Silver between Tahiti and Australia.