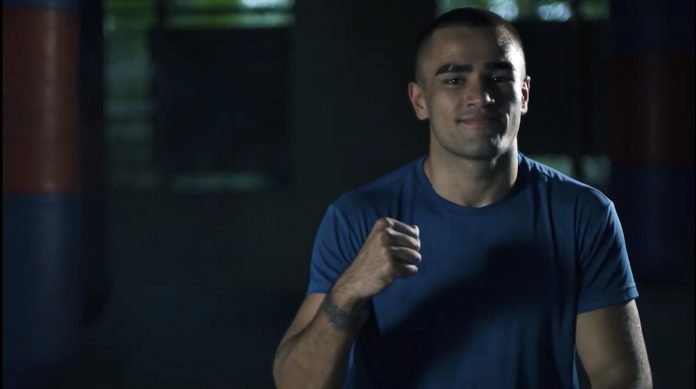 Commonwealth and Pacific Games medalist, Tupuola Seua’i Ato Plodzicki-Faoagali has been selected alongside Marion Faustino Ah Tong to represent Samoa in the upcoming Commonwealth Games in Birmingham on the 28th of July.

This will be Tupuola Ato’s second appearance at the Commonwealth games for Samoa.

Four years ago he secured the silver medal for Samoa but come July, Tupuola has his eyes firmly fixed on his target for gold.

Tupuola Ato also took out Gold for Samoa in the 2019 Pacific Games where boxing was held in Salelologa, Savaii. He competed in the lightweight division at the time and was part of the Samoa boxing team who took out a clean sweep 7 golds and 1 bronze.

In the lead-up to his selection for the Commonwealth Games, Samoans around the globe have been able to follow Ato’s daily training regime on this social media platforms, showing a consistently high level of commitment over the past two years since the 2019 Pacific Games and the 2021 Tokyo Olympics.

“It is always an honour to represent Samoa and there’s no better feeling than flying our flag around the world.”

The two Commonwealth Games boxers for Samoa were also the only qualifiers for the 2021 Tokyo Olympics. Fighting in the heavyweight, Tupuola had bowed out in the third round of a match that went to Belarusian boxer Uladzislau Smiahlikau.

Although their results weren’t what they had set out to achieve the duo have kept their heads up and maintained their focus on the goal for the upcoming Commonwealth Games.

“After the Tokyo Olympics in 2021 my teammate Marion Ah Tong and I have been staying active in training since awaiting the National federations call up… we have never really stopped training..

These upcoming games will come as the duo’s fourth major international tournament, campaigning for Samoa, and Tupuola Ato says God, family and country are what inspires him.

“My country has always been my inspiration to fight as well as my family, and like my dad always says, boxing is a platform where we not only display our God-given talents for Samoa, but also to give back the glory to Him for all He’s done for us and our country.”

“I give thanks to our Heavenly Father for his protection over our nation of Samoan during these hard times,” Tupuola tells SGN.

“I also extend my gratitude to the Samoa Boxing Federation for their faith in me to represent our country once again, and also to all our people in Samoa for their never ending support and prayers, and to my family for always backing me no matter what”.

Ato and Marion are currently seeking sponsorship to assist for their training camp in Sydney as they prepare for the July games. If you or your company would like to get on board and back these sons of Samoa competing against all the challenges of the pandemic and limited resources, please reach out to the Samoa Boxing Federation or contact Tupuola Ato on: atoplodzickifaoagali@gmail.com