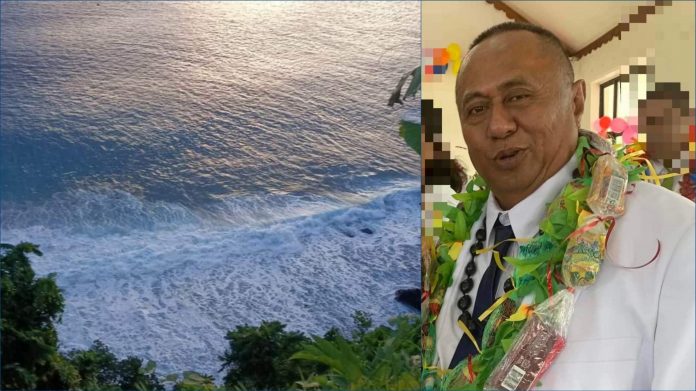 The body of a man from Asau reported missing by his family last Wednesday has been found by police.

The Samoa Police Prisons and Corrections Services (SPPCS) say Tasi Pologa Tuipeā’s vehicle may have veered towards a deep drop off the side of the road at Fagafau.

“However, we regret to inform that he was pronounced dead when police and emergency services located his body.”

“It is suspected that the vehicle he was traveling on may have fallen off the cliff (mako) out at Fagafau.”

Tasi Pologa Tuipeā, 55, of Asau and Samata-tai, left his family at Asau on Wednesday 28 December 2022 and was last seen on Thursday morning at Samata-tai, police had said in a Missing Persons announcement last week.

It is now suspected the Toyota Fortuner Registered Number 11741 veered off the cliff at Fagafau.

SPPCS urge any member of the public who may have seen the vehicle to come forward with any information that would help with investigations into the tragic incident.

SPPCS convey their sincere condolences to the grieving families.