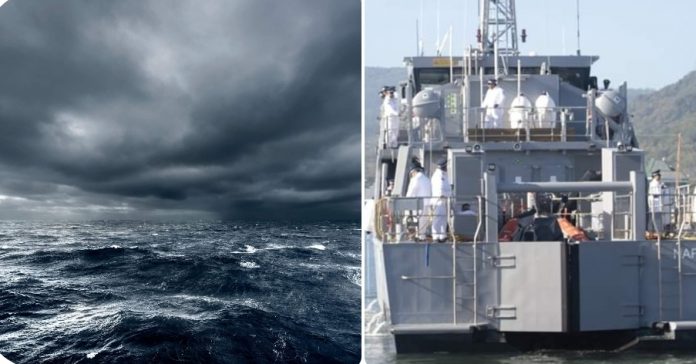 Police continue the search and rescue operation for a 48 year old father who tried to save his two sons swept out to sea by strong currents while fishing with a cousin at Neiafu, a village in the south west corner of Savaii Island.

Police say that two brothers and their cousin went fishing on the lava rocks at Neiafu yesterday afternoon, when high tide and a strong sea surge dragged one of the boys, a 12 year old, out to sea. His 18 year old brother jumped in to try and save him.

The cousin reported the incident to his family and the boys’ father went into the ocean after his boys.

The 48 year old father remains missing and is believe to have drowned.

Police Commissioner Su’a Fuiavailiili Egon Keil said the Nafanua patrol boat, together with Maritime officers and Savaii patrol officers all responded to the call received by police at around 1pm Tuesday afternoon.

In a preas release, the Samoa Police Service convey their condolences to the family and offer a caution to parents.

“SPS wishes to take this opportunity to remind parents and guardians the importance of stressing to our young people especially our children all aspects of safety”.

SGN joins SPS in offering our deepest condolences to the Mom and grieving family.