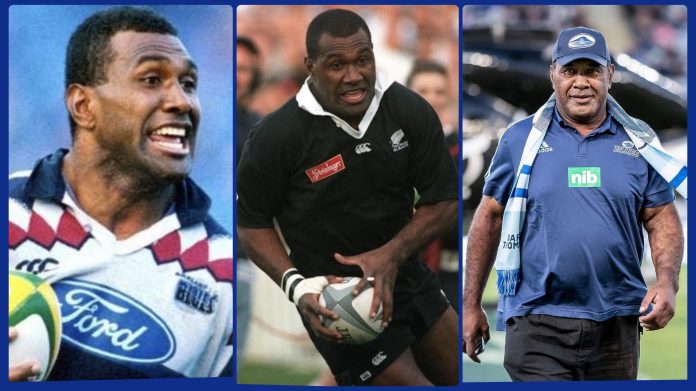 “It is with heavy hearts we announce the passing of Blues Legend, Joeli Vidiri..” the Blues have posted to social media tonight.

“The term ‘G.O.A.T’ is used frequently these days, more than it should…

“In the case of Joeli the title truly fits. One of the greatest Blues and Fijian players of all time”.

The Blues pay tribute to Vidiri’s contribution to Auckland rugby. “During his career he amassed 62 games, scored 43 tries and won 2 championships”.

Vidiri”s death is announced while the rugby world is still getting over the shock of former All Black and Samoa international Vaaiga Tuigamala’s death.

The All Blacks pay tribute to All Black #73 who played two tests for the ABs in 1998.

“An incredibly sad day continues.. 😔Another one of our brothers taken. You’d struggle to meet a nicer guy than Joeli Vidiri, not to mention his remarkable skills on the field. Ni qai gole ena vakacegu. Rest In Peace, All Black #973 🖤🕊

He became a sensation on the field for his match-winning heroics playing for both Counties Manukau and the Blues.

His career was struck down by serious kidney failure, and he eventually had what was a life-prolonging kidney transplant in 2015.

Vidiri shared his story with the Herald at the time.. “I was asleep about three in the morning and mum was there and she heard the phone beep and said I’d better check it,” Vidiri said.

“It was my physician and he wanted me there in about two hours at Auckland Hospital.”

Vidiri and a woman who’d been waiting even longer for a transplant, each received a healthy kidney from an unidentified young man who had died.

Joeli Vidiri’s biography on the All Blacks website says: “When he was at the peak of his career around the 1996-97 season there were no more awesome sights when he was in full flight than Joeli Vidiri, the big Fijian wing.”

As well as playing for the All Blacks, Vidiri also represented New Zealand in Sevens rugby.

That included being part of the team which won a gold medal at the 1998 Commonwealth Games in Kuala Lumpur.