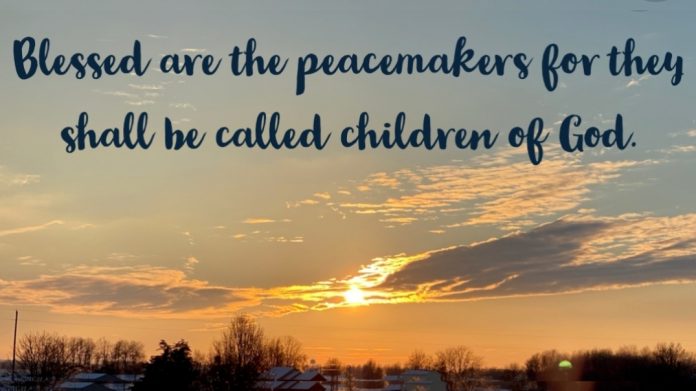 In the gospel of Luke we read of Jesus’ disciples having an argument.

Luke 9:46 – “AN ARGUMENT STARTED AMONG THE DISCIPLES AS TO WHICH OF THEM WOULD BE THE GREATEST.”

Wherever you find people who puff themselves up with pride (Romans 11:21) and put others down, you’ll also find division.

The disciples were being carnal when they were arguing about who would be the greatest.

1Corinthians 3:3 implores, “WHERE THERE ARE ENVY, STRIFE, AND DIVISIONS AMONG YOU, ARE YOU NOT CARNAL AND BEHAVING LIKE MERE MEN?”

Jesus responded to their foolish dispute and said, “IT IS THE ONE WHO IS LEAST AMONG YOU ALL WHO IS THE GREATEST.” (Luke 9:48)

Humility is the key to unity.

We must prefer others before ourselves and “MAKE EVERY EFFORT TO KEEP THE UNITY OF THE SPIRIT THROUGH THE BOND OF PEACE.”

You don’t have to puff yourself up or put others down to be great.

Jesus said in Matthew 5:9, “BLESSED ARE THE PEACEMAKERS FOR THEY WILL BE CALLED CHILDREN OF GOD.”

We should be known for our love for one another and the peace that we enjoy as children of God.

Be a PEACEMAKER today. It isn’t always easy, but God will bless you for it, and He will also BESTOW A BLESSING for the unity that ensues.

Have a great day living and working in harmony with those around you.