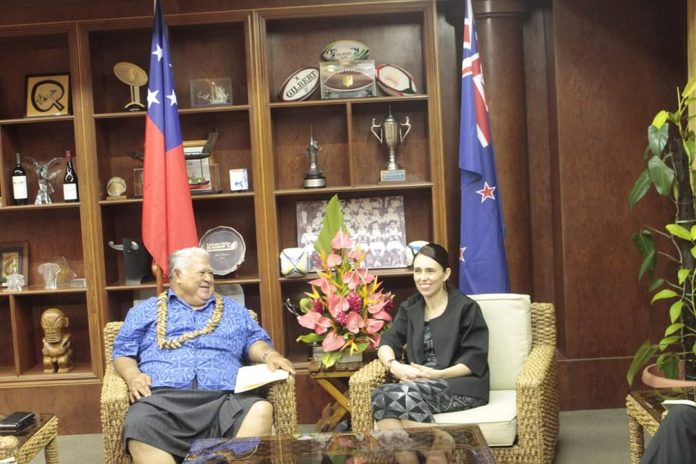 Annual imports from New Zealand to Samoa is NZ$106 million while exports to New Zealand totalled NZ$7 million in 2018. The Samoan Government is serious about changing the trade imbalance between our two countries. The New Zealand Samoa Trade and Investment Commission is to facilitate, strengthen and increase the flow of trade and investment between New Zealand and Samoa. 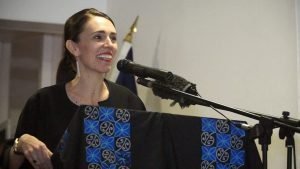 Prime Minister Ardern and her delegation arrived in Samoa yesterday afternoon on their way to Tokelau. 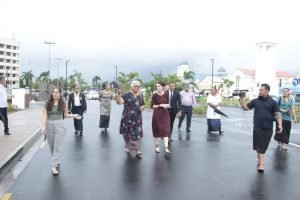 Ardern then joined Fiame for the official unveiling of the ‘Save the Manumea’ Mural at the New Zealand High Commission premises in Apia.

Arderns short visit saw a packed program that ended with an official reception in her honour at the New Zealand High Commission residence in Vailima.

Ardern’s last visit to Samoa was in April 2018, where she stole the hearts of the Samoan people who affectionately Samoa-nised her name to Prime Minister “Jacinta”.

Prime Minister Ardern left Samoa early this morning to travel to Tokelau for the first official visit to the islands in 15 years, the last being Helen Clark in 2004.