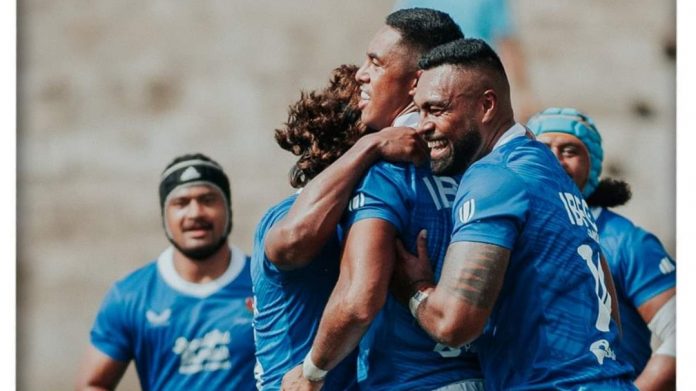 The Manu Samoa 15s have secured their first win of the year over Australia A by 31-26.

The Manu proved too strong for Australia A, and never looked threatened with a 19-7 lead at halftime.

The boys in blue had another message to send Australian viewers in this match – Beautiful is Back and Samoa’s international borders are reopening to the world on the 1st of August 2022.

The Manu Samoa have partnered with the Samoa Tourism Authority for the Pacific Nations tournament held in Fiji over the next 3 weeks.

The message to the world that Samoa’s borders will be re-opening on the 1st of August can be seen on the main real estate spot of the Manu Samoa jersey.

Maposua has maintained Michael Alaalatoa as captain of the side, and selected 8 debutants who all featured in the starting lineup.

There were 13 Moana Pasifika players in Vaovasamanaia’s 23-man squad.

Manu Samoa will now focus on preparations for Fiji in the coming weekend, before they face Tonga the week after.