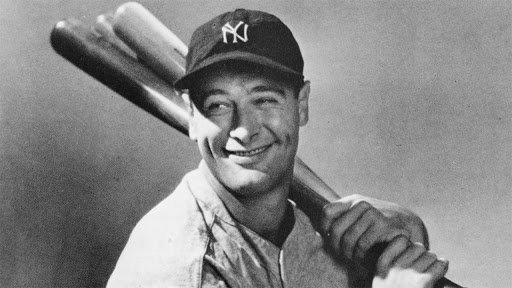 His first game was on June 15 1923. Debuted at the age of 20, Henry was known for his prowess as a hitter and for his durability which earned him is nickname “The Iron Horse”

He was an All-Star seven consecutive times,a Triple Crown winner once, an American League (AL) Most Valuable Player twice and a member of six World Series champion teams.

He still has the highest ratio of runs scored plus runs batted in per 100 plate appearances and per 100 games among Hall of Fame players.

In 1939, he was elected to the Baseball Hall of Fame and was the first MLB player to have his uniform number retired by a team.