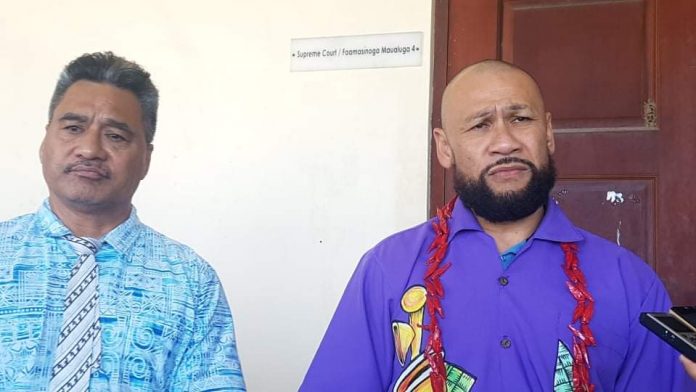 The two men accused of a conspiracy to assassinate the Prime Minister of Samoa have been granted bail by Justice Leilani Tuala-Warren in the Supreme Court of Samoa this morning.

They have been remanded in custody for over six months and their release on bail follows a hearing held last Friday in closed Court before Justice Tafaoimalo.

Strict bail conditions for both accused have been set. They are to turn in their travel documents, sign in at the police station twice a week, make no contact with the alleged victim and prosecution witnesses and refrain from making public statements on social media regarding Court proceedings.

The two accused were also instructed by Justice Tafaoimalo to stop any associations with the person with whom they are alleged to have conspired, Mr Talalelei Pauga.

Outside Court Lemai’s daughter was emotional to see her father. Lemai and Paulo thanked their supporters and members of the SSIG group who had sent money for their court costs.

“Faafetai i le afioga i le faamasino. This bail decision was based purely in my view on the law, and we got it,” said Unasa.